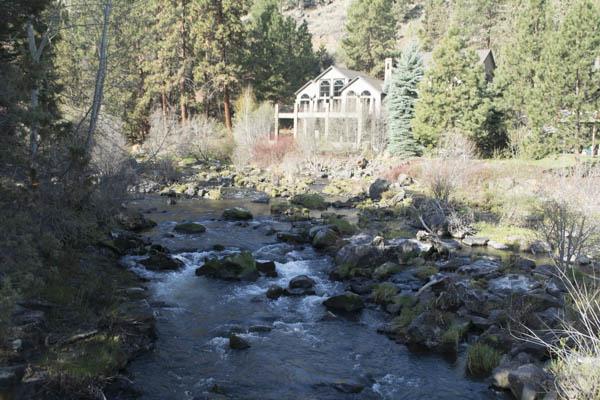 The Deschutes River in Bend during the summer is downstream from irrigation removal of the water is little more than a creek.  Photo George Wuerthner

In October, irrigators began the annual drawing down of the Deschutes River to the point where fish and other wildlife die or are threatened. Good people have tried to save fish stranded in pools of water. I do not want to denigrate their efforts, but the fact that irrigators are allowed to kill fish as part of their commercial operations is an outrage.

At one time the Deschutes River had the most even flow of any river in the country. Due to numerous springs that provide most of its waters, the river varied little more than 6-8 inches between summer and winter with flows of 700-800 cubic feet per second. Today the river may be as low as 100 CFS in winter to over 2500 CFS in summer when irrigators use the upper segment of the river as an irrigation channel. This variation is devastating to the river’s aquatic ecosystem and dependent species. 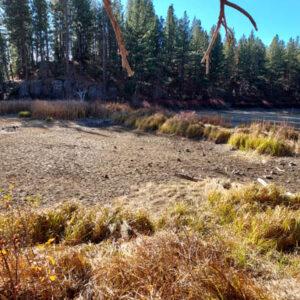 A side channel of the Deschutes River upstream from Bend after the water is “shut off” to store behind dams for irrigation season. Fish are stranded in pools as the water is drawn down. This is essentially legalized vandalism. Photo George Wuerthner

The annual fish kill is vandalism, pure and simple. If I were fishing and kept even one trout over the limit, I could be arrested and fined. If I were to dump a truckload of sediment in the river, I would be jailed. But every year, the irrigators, by reducing natural river flows kill tens of thousands or more of fish, and other wildlife, like Oregon spotted frogs. They also degrade the water quality of the Deschutes River with excess sediment with no consequence.

The Public Trust Doctrine was used to keep water flowing into Mono Lake on the east side of the Sierra Nevada. The legal argument was that the state of California, by its failure to protect in-stream flows by limiting water withdrawals, threatened the existence of Mono Lake. The result was that water had to remain in the stream.

A similar public trust situation exists in Oregon. Water in Oregon rivers is owned by the people of the state, not irrigators. Therefore, the irrigators only get to use the water as a privilege. Unfortunately, the state is not living up to its legal obligation to protect its citizens’ interest in clean, functional river systems. The public trust doctrine, “prohibits the state from taking action that would materially impede or substantially impair the public rights to use the waters for navigation, fishing, commerce and recreation.”

The Oregon Supreme Court has repeatedly recognized a public easement in all navigable-in-fact waters for navigation, fishing, commerce and recreation and has also articulated limited ancillary rights to use uplands. 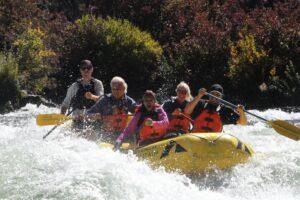 And the Oregon Supreme Court has stated that the primary purpose of public water is to provide for wildlife, recreation and other PUBLIC USES. All other uses, including irrigation, are secondary and only allowed when they do not impinge or degrade the primary public benefits. 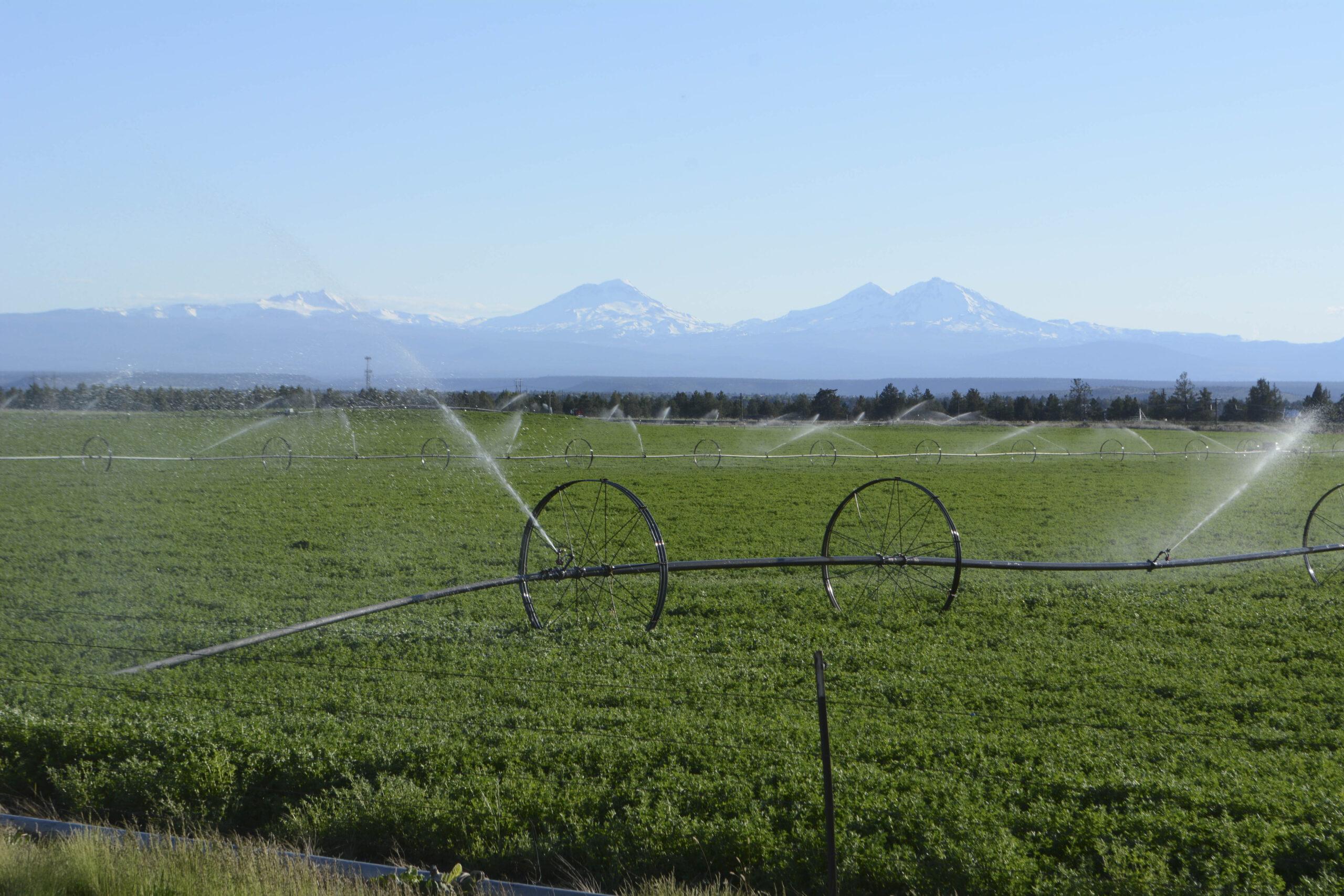 The majority of water removed from the Deschutes River goes to irrigation water to grow alfalfa and hay for livestock forage. Some of this is hay/alfalfa is even exported to Asia,

so in essence, we are exporting the Deschutes River to benefit private industry. Photo George Wuerthner

Irrigation withdrawals from the Deschutes River are harming the primary purposes that are part of the Public Trust. Allowing irrigators to degrade the Deschutes River’s aquatic ecosystem annually for private financial benefit is criminal and should be characterized as such.

I salute those hardy souls who annually try to capture fish stranded in pools, but the fact that anyone has to do this is an indictment of the irrigators and the state (which permits this to occur). It’s no longer 1900 when diverting water from the river might have made some sense.

The water in the Deschutes belongs to all citizens, and there are many other ecological and economic reasons to maintain natural and adequate flows in our river.

Whether the current policy of allowing irrigation withdrawals and flow disruptions is legal or not is beside the point. It is criminal to permit this to continue.

It’s time to stop this annual destruction of our river.

This commentary was originally published in the Bend Source.