Strategic Reserves in Oregon to Protect Biodiversity, Water and Carbon Why Fewer Acres burned in the California 2022 Fire Season 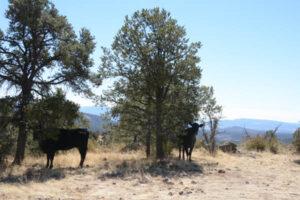 Livestock grazing is the biggest scourge to Southwestern ecosystems. No matter where they are found, domestic livestock poses a significant threat to wildlife and ecosystem function.

Feral livestock currently roams the 558,065 Gila Wilderness, and the Gila National Forest is proposing to implement lethal and non-lethal removal of these “unauthorized” animals. 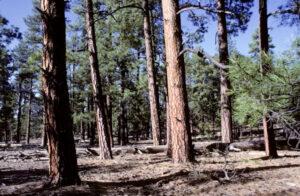 The Gila Wilderness is the center of the 10-million-acre Greater Gila Ecosystem, one of the most intact landscapes in the Southwest.

WildEarth Guardians is leading an effort to garner greater protection for the area.

In a recent paper on Rewilding the West, the Gila country was identified as having some of the greatest biodiversity in the West. 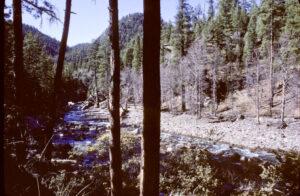 Livestock are particularly destructive in arid ecosystems because cattle tend to congregate near water sources like streams and springs, where they graze down riparian vegetation, trample stream banks, and compact soils, which reduce water infiltration and pollute waterways.

Riparian areas are particularly critical to native wildlife, with 70-80% of species dependent on these waterways at some point in their lifecycle.

Livestock also consumes vegetation that would otherwise support native wildlife, spreads weeds, and socially displace native herbivores like elk.  In the case of the Gila Ecosystem, the occasional depredation of domestic livestock is one of the main reasons endangered Mexican wolves are killed.

Cultural resources are particularly abundant in the Gila Wilderness, and cattle can trample or damage them.

While all livestock grazing on public lands is destructive of public values, feral livestock is even more egregious because no one is held accountable for the damage.

In a rare display of courage, the Wilderness District of the Gila National Forest is proposing to remove unbranded cattle from the Gila Wilderness.

I say “courage” because few federal agencies are willing to risk the ire of the cattle industry. Even in this case, where hundreds of feral cattle belonging to no one are roaming public lands, the New Mexico Cattle Growers are opposed to cattle round-ups or lethal removal.

The Cattle Growers object to any ariel control because “stray” private livestock (i.e., private cattle trespassing on federal lands) may be killed.

However, over 756 cattle have been removed from the Gila Wilderness in the past few years, and all but one were feral animals. 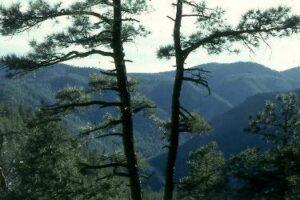 “The unauthorized cattle in the Gila Wilderness trample stream banks and springs, causing erosion and sedimentation,” Howe said. “This proposal will help restore the wilderness character of the Gila Wilderness by removing non-native species and alleviating the damage caused by over-grazing.”

Due to the rugged nature of the Gila Wilderness, the FS proposes ariel gunning of feral animals during the winter when human visitation is lowest.

The FS says that it will avoid shooting cattle if they are near culturally sensitive areas, near trails, and water bodies.

Any cattle that are killed will be left to decompose.

The Forest Service is accepting comments.

Comments should include the following:

Name, address, phone number, and organization represented, if any.

Title of the project “Gila Wilderness Livestock Removal” on which the comment is being submitted.

Specific facts and supporting information for the responsible official to consider.

Commenter names, addresses, and email addresses will become part of the public record. Comments must be received or postmarked by January 9, 2023.