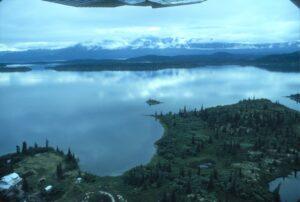 In December, the Pedro Bay Native Corporation (PBC) in Alaska placed 44,000 acres of its property under a $20 million conservation easement that may be the nail in the coffin for the proposed Pebble Gold and Copper Mine in Bristol Bay.

The Pebble Mine ore deposit is considered the second-largest ore body of its type in the world. However, most of the ore is low grade which requires significant processing. Hence the need to move the ore from the mine site on a tributary to Bristol Bay waters to a shipping port at Pile Bay on Cook Inlet.

The mine would be an open-pit mine a mile square in area and a third of a mile deep. Ponds would be dammed to contain tailing, including some toxic materials. A 165-mile natural gas pipeline would be constructed to provide power for the operation and 80 miles of road and pipeline to transport the mined concentrate to Cook Inlet. 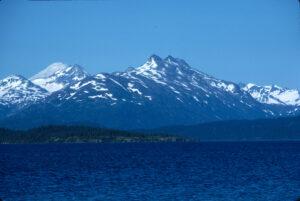 Pedro Bay Corporation (PBC) oversees 92,100 acres of surface land allotted under the Alaska Native Claims Settlement Act. Pedro Bay village is located on the eastern side of Illiamna Lake, Alaska’s largest lake. A short road currently connects the village and lake with salt water at Pile Bay on Cook Inlet. Development of the Pebble Mine has been predicated on constructing a haul road from the mine site along Lake Illiamna to Pile Bay so that ore can be shipped economically for processing. 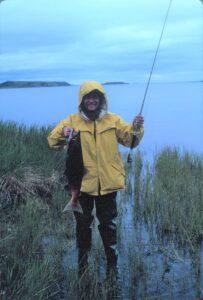 The Bristol Bay region is world renouned as a major salmon spawning and producing area in the world. Sport fishing for salmon and other fish is a major economic activity on Illiamna lake. Photo George Wuerthner

Opponents of the gold mine fear development could harm the Bristol Bay salmon fisheries. Bristol Bay is the most significant salmon spawning and rearing habitat region in the world. In 2022, Bristol Bay’s fishery run was the largest on record at 79 million fish. In addition, the salmon fishery is a significant economic driver in southwest Alaska, accounting for 57% of global sockeye salmon harvests.

I once witnessed the amazing fecundity of the Bristol Bay system. I kayaked around Illiamna Lake during the sockeye salmon run when I was younger.

I was windbound for several days on a campsite located on a cliff where I could look out across the lake.

The entire time I was stuck in that spot, there was a continuous stream of sockeye salmon passing below me as far out from shore as I could see. It was like witnessing the passage of one of the immense bison herds that some reported on the Great Plains. It was a phenomenon of Nature.

Under the advice of Donald Trump Junior, an ardent sport fisherman, the Trump Administration originally denied a key permit for the mine. However, the mine proposal is not dead. The Biden Administration’s EPA recently recommended denial of another important permit.

The mining company could side-step the road issue by barging ore across Illiamna Lake, but this would add to the expense of mine operations and may preclude development. But keeping in mind that this is the second largest ore body of its type in the world, I would not be ready to say the proposed Pebble Mine is dead.

The successful $20 million, 18-month fundraising effort — with half of the funding provided by The Wyss Foundation, Patagonia’s Holdfast Collective and Alaska Venture Fund — enabled The Conservation Fund’s purchase of three conservation easements on land owned by the Pedro Bay Corporation. The world owes the funders, the Conservation Fund and Pedro Bay villagers a debt of gratitude.

The conservation easements cover three areas around Knutson Creek, Iliamna River, and Pile River and safeguard the most productive and intact spawning and rearing habitats for sockeye salmon within the Iliamna Lake watersheds. 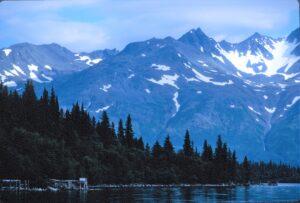 The shareholders of the Pedro Bay Native Corporation voted overwhelmingly to accept the conservation easements and will retain ownership of these lands.