The 2010 Northern Rocky Mountain Wolf Reports are out and they show a decrease in the overall wolf population. Wyoming and Montana saw slight increases while Idaho accounted the decline seen in the overall population.  It has long been predicted that wolf populations would level out and possibly decrease as seen in Yellowstone but it is hard to attribute the declines to any particular cause.  It could partly be attributable to last year’s hunt which occurred partially during the wolf breeding season and afterwards, a reduced elk population , increased poaching, difficulty in monitoring, and other factors could play a role as well.

And from this article:

Sen. Benjamin Cardin, a Maryland Democrat who blocked efforts to take wolves off the list in the last Congress, issued a statement this week to The Associated Press saying he remained opposed to a legislative solution to the issue. 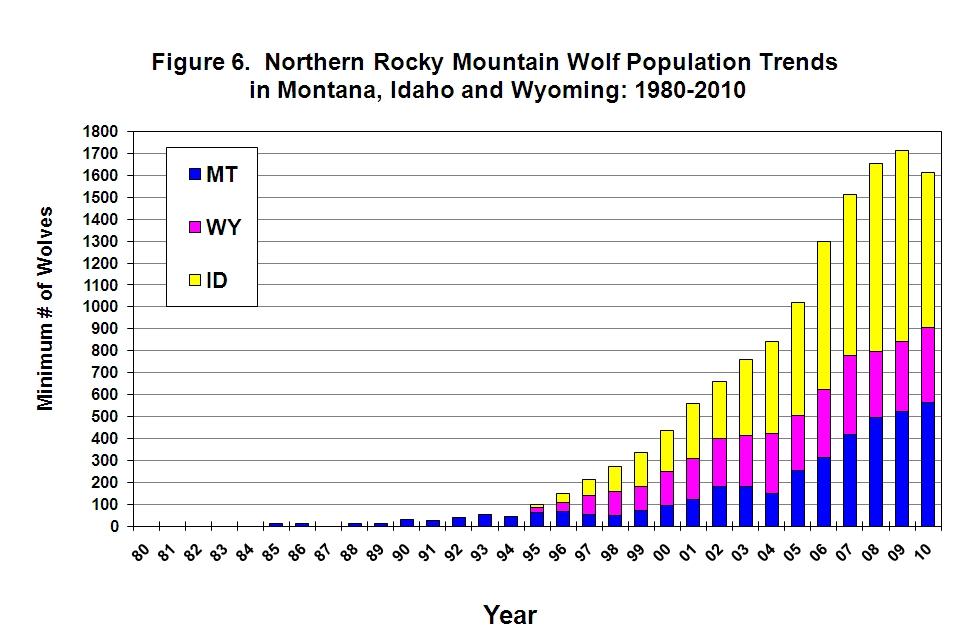 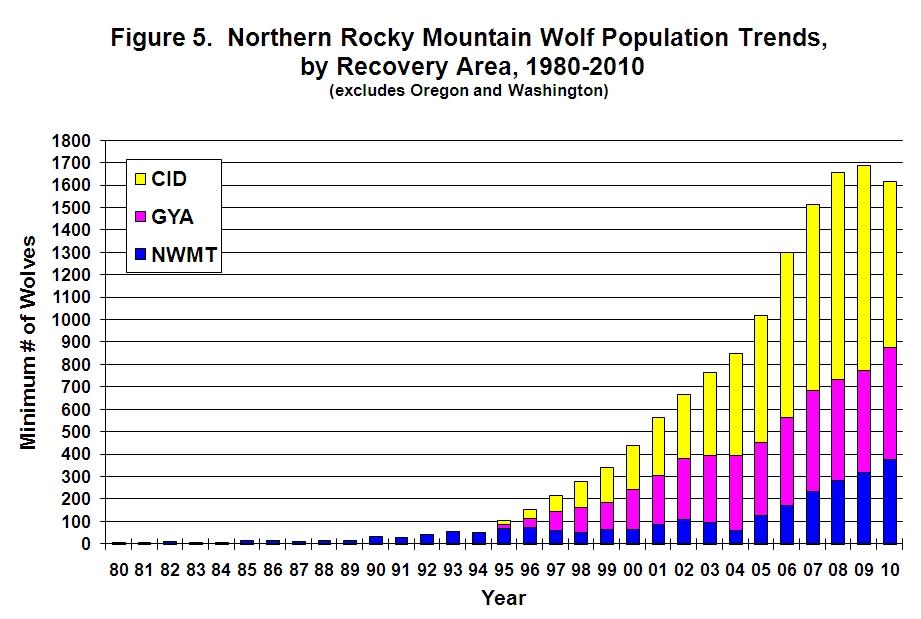