All that snow, and now it’s ready to go

Billings Gazette story only tells about Montana, but there is more-

What a winter!  I should say “what a spring.” There wasn’t much of it. April and May just kept adding to the mountain snowpack. The article below tells about Montana, but Idaho, western Wyoming and Utah are not much different.

All that snow, and now it’s ready to go. By Lorna Thackeray of  the Billings Gazette Staff.

I took my rig and and spent 2 days looking at some low elevation semi-arid country. . . it sure looks green and flowery.  The high peaks are gleaming white, although I think our local river, the Portneuf, has escaped more than  a slight flood. 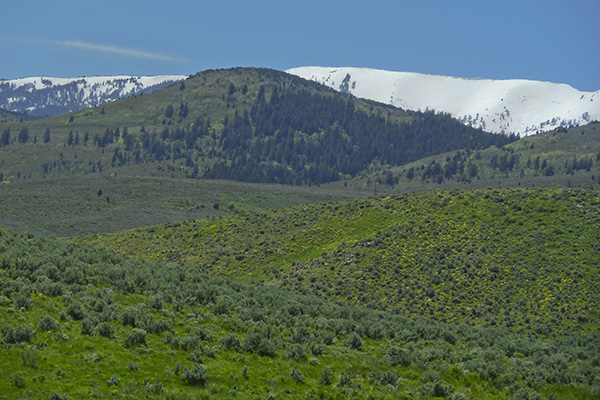 Meanwhile in Arizona. Arizona forest fire expands to 193,000 acres. AP. When we were down there in March-April it was dry. Worse, much of the area has been taken over by buffle grass, a fire-promoting grass from South Africa. Other foreign grasses proliferate too. They were brought in for you guessed it, the cows.

6 Responses to All that snow, and now it’s ready to go