Unlike the U.S. Southwest, Idaho has had a very cool and wet last 6 months in most parts. The result has been almost no wildfires, especially forest fires; but the rangelands are now dry in many places, especially where too many livestock have degraded the range allowing the invasion of cheat grass. The dry grasses are tall this August because of ample moisture.

There was a major fire on Chinese Mountain this afternoon here at Pocatello. I can still see it burning, though now controlled, outside my window. It did some damage. The mountain is important winter range for deer.

Here is a photo of it rapidly climbing up Chinese Mountain taken at 5 PM on Aug. 15 (today). It is being named the “South 5th Fire” for where it starte

– – – – – –
Numerous small range fires have been started by lighting on the other side of the state from me (in SW Idaho). Story. Summer storm ignites 9 grass fires in Southwest Idaho desert Sunday night.  – Idaho Statesman. Update. There is now a 30 square mile fire burning south of Bruneau. 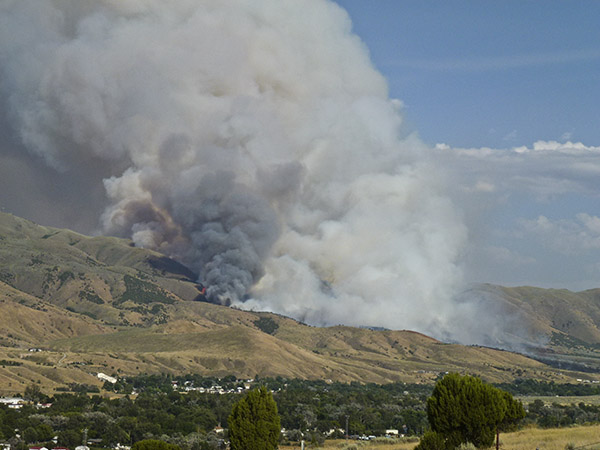 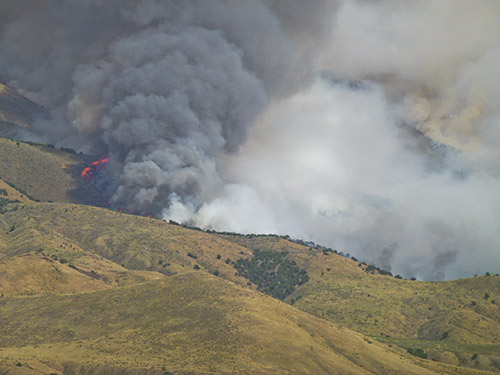 Closer (telephoto) of Chinese Mountain wildfire. Several businesses were damaged, a house burned and perhaps some of the communications towers on top of the mountain were burned. This info is pending. Looked like they burned to me. Photo Ralph Maughan