College professor gets some licks in against Don Young in hearing on ANWR U.S Sheep Experiment Station, Q-Fever, and Wildlife Conflicts.

What a turnaround in the space of 3 years!

In 2008 I took a 2 week trip to the headwaters of the famed North Fork of the Flathead River in B.C. to say goodbye to one of North America’s premier fish and wildlife areas, not to mention its incredible beauty. 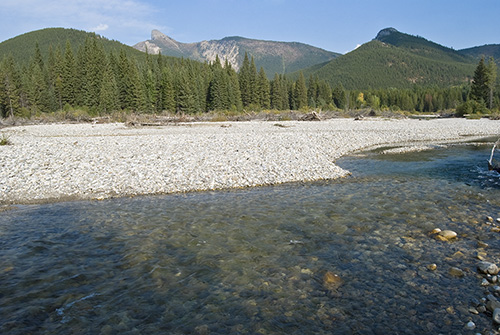 The North Fork of the Flathead River in B.C. Copyright Ralph Maughan 2008

Huge open pit coal mines, long in the planning, now seemed unstoppable. In addition thousands of coal bed methane wells were planned that would surely ruin the river right from its headwaters and downstream all the way to Flathead Lake in Montana.  Wildlife in Glacier National Park would be greatly harmed too. There seemed to be no hope.

Then, suddenly, everything began to change for the better on the B.C. side of the border.  Montana and the U.S. government too, which had earlier fought its own battles over the Flathead grasped hands with B.C. and continued to retire the earlier poorly thought decision to lease part of the American side for oil and gas.

Now 400,000 acres in  B.C. are protected by law from mining and oil or gas drilling and development. The Flathead Watershed Area Conservation Act has just become provincial law.

Threats remain on both sides of the border, but it is a Thanksgiving present in a time when most things just seem to get worse and worse for the outdoors and wildlife.

Note that the Flathead River has two other forks — the South Fork and the Middle Fork. Both are entirely in the United States. Battles had to be fought in years past to protect them too.

– – – – –
More news and commentary on the Flathead action