Lyme disease. Menace to outdoors lovers in Northeast, Midwest Have you come across any interesting wildlife news? February 2012

Rumors of grizzly bears near the Bitterroot Valley of western Montana

Unconfirmed sightings are increasing, but does this mean real bears or more Ravalli County hysteria?

Officially there are no grizzly bears in the Bitterroot Mountains of Idaho-Montana or in the ranges to the east until you get about the Snowcrest Range. On the other hand, grizzlies are spreading out as their traditional food sources in or near Yellowstone die off — cutthroat trout, whitebark pine nuts.  There is no doubt they are moving north, south, east and west; and this certainly pleases me because everyone I personally know who cares likes grizzly bears.

It is certainly possible one or so has come as far west as the Sapphire Range (on the east side of Bitterroot Valley). It is also highly possible they have not, and reports are mistaken identity. The bears would have to cross some hostile country (attitudinally hostile). Suzi Foss, right-wing Ravalli County Commissioner is sounding the alarm as she did with all the wolves haunting the back alleys of Hamilton (at least until hunting season when none were to be found). 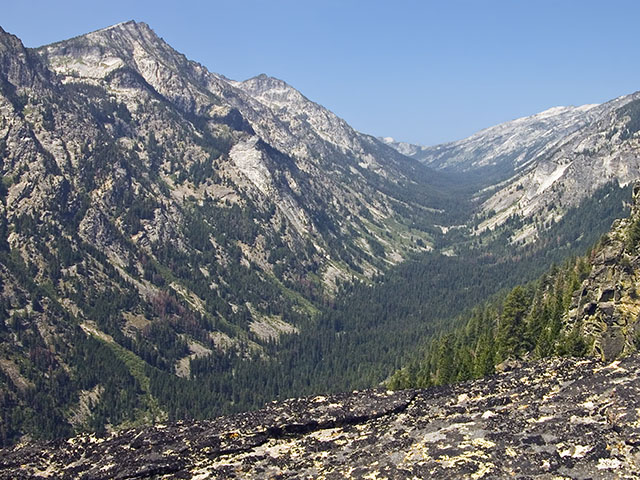 Chuck Jonkel, a well known grizzly researcher and advocate does give more credibility to the rumors because he gives them credibility, as least according to a recent article.

Central Idaho could support a large population of grizzly bears, and I hope they will, especially if they promise to chase around cognitively challenged Idaho politicians.  Reintroduction to central Idaho, which almost all Wilderness and backcountry, was planned until George W. Bush became President. So if the central Idaho grizzly management area is to have grizzly bears, the bears will have to walk there. In the past, from time to time, one has; but  no sign of cubs has ever been found.  It is male grizzlies that are the most likely to explore new territory, but females will have to follow if there is to be a recovery.

Perry Backus who writes for the Ravalli Republic has written an article on the rumors. Here it is picked up by the Missoulian.  Reports of grizzly bears in Bitterroot Valley increasing, but unverified. Missoulian. By Perry Backus