At about 3 PM today, a fire suddenly erupted near Charlotte Drive just off of  Mink Creek at the south end of Pocatello.  This is a foothill area on the edge of the Bannock Mountain Range with many homes, recreational trails, and winter range for deer.  Many of the homes are large and expensive.  An unknown number have burned and burned quickly, shortly after the fire started. The cause has not been announced.

The fire area has long been regarded as a dangerous “urban/wildland” interface area, and a fair amount of juniper thinning was been done during the last decade, but this seems to have had no obvious effect today as the fire continues to burn out of control on the edge of the city and into it a way.

Update 6/28:  Twenty houses burned. No person was injured. No information has been released on the fate of animals. It has been named the Charlotte Fire.  At nighttime it was about 1000 acres. On the 29th, smoke is way down and the fire seems to be controlled.

Update 6/29.  The number of houses burned has been increased to 66 homes. 29 outbuildings were also lost. 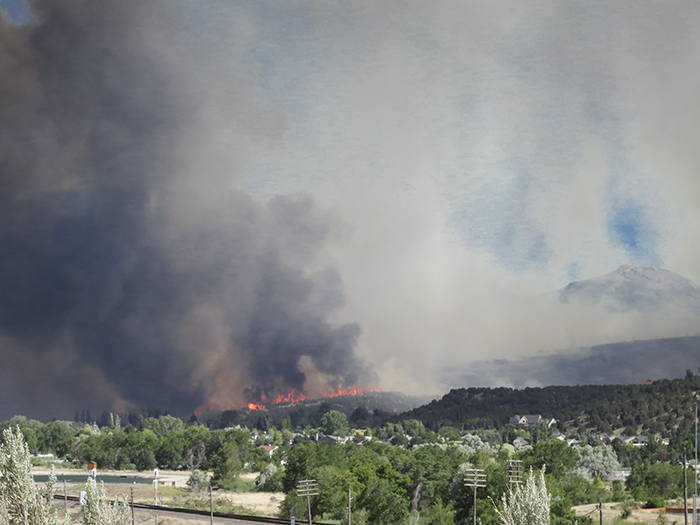 Wildlife burns at the south end of Pocatello in the juniper at 4:50 PM June 28. Copyright Ralph Maughan