The Black Piranha has the most powerful bite of any fish. Wolf OR-7 has been in California for a year now

A lawsuit by landowners who helped create the Grays Lake National Wildlife Refuge in 1965, now threatens is dismemberment.

One of the best known features of the obscure country between the eastern edge of the Snake River Plain and the Wyoming border is Grays Lake National Wildlife Refuge. The Refuge boundary aims to protect about 33-thousand acres. 21,000 thousand acres are the largest hardstem bulrush marsh in North America. Also inside the boundary is another 7,000 acres of sedge and rush wet meadows. The Refuge lies in broad mountain valley between the Caribou Range on the east the and Little Valley Hills on the west. 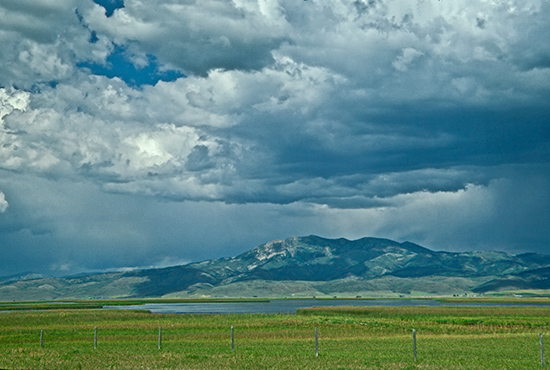 The land for the 1965 establishment of the Refuge came mostly from 13,000 acres of private land purchased and donated.  Since then another 5000 acres have been bought; so almost 15,000 acres inside the boundary are private land still.  Over the years the private landowners have often not been happy with federal management.  In addition, water rights held by the Shoshone-Bannock Tribes have kept the waters of the marsh well below the optimum and the level of the once pristine marsh.  Finally, grazing activists have been unhappy with the high level of cattle grazing on the marshland, which often almost completely dries out.

Despite all this, the marsh has the largest breeding concentration of greater sandhill cranes in North America.  About 200 species of wildlife also use the Refuge all, or part of the year.  The area is pleasant, if not stunning scenery. The Caribou-Targhee National Forest just to its south and east provides much additional recreation and wildlife habitat.

The lawsuit alleges that the federal government promised the landowners  that they would build a water tight dike around the marsh. The U.S. Fish and Wildlife Service began a dike in 1972, but it didn’t work because the ground was said to have too much peat and water flowed under the dike.

Presently, Grays Lake National Wildlife Refuge is beginning to create a new Comprehensive Conservation Plan.  The marsh could be made to do much more for wildlife than even the large amount currently, but this lawsuit, other lingering animosity and private water rights seem to conspire to push the future condition back more to the sorry days of the early 20th Century at the marsh rather than the hoped for culmination of wildlife protection and production.