Do you have some interesting wildlife news? August 16, 2013 edition

It is time for a new “wildlife news” thread.  Please put  your news, links and comments below in comments (“Leave a reply”)    Here is the link to the old thread now being retired (July 23, 2013). 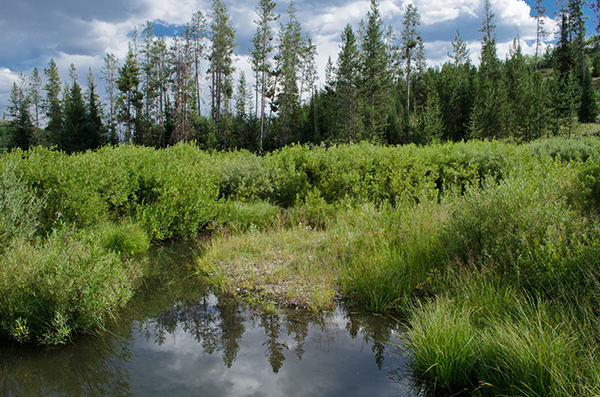 Beaver pond in Squaw Creek, Eastern Idaho, brimming with water in the mid-August 2013 drought. If beaver ponds are retained rather than letting people trap the beavers, it is like having a big fire break constructed in that drainage. One would think that fact would dawn on some Idaho officials when their state is on fire and American taxpayers picking up the bill as usual, in part because of the bad management by Idaho Fish and Game, the Forest Service and the B.L.M. Copyright Ralph Maughan

468 Responses to Do you have some interesting wildlife news? August 16, 2013 edition