US Forest Service Sets New Precedent by Saying that it Doesn’t Have Ability to Regulate Activities in Wilderness that Clearly Conflict with Management Plans and Policies. Conservationists Ask Court to Halt Wolf Extermination in One of Nation’s Premiere Wilderness Areas

Do you have some interesting wildlife news? Jan 6, 2014 edition

Our readers find lots of news and they have many comments. Please post yours below as a comment –“Leave a reply.”  Here is the link to the old thread that’s now being retired (Dec. 16, 2013). 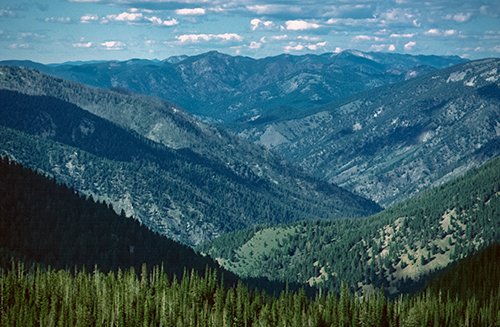 Middle Fork Salmon River. Frank Church Wilderness. Is the area to be managed as an elk farm on low fertility pastures or a wilderness with all native wildlife allowed to live or die without political preferences? Photo copyright Ralph Maughan

342 Responses to Do you have some interesting wildlife news? Jan 6, 2014 edition