Plaintiffs in the case against the wolf killing plan for the Frank Church-River of No Return Wilderness in Idaho have learned that at least 7 wolves have been killed by the Idaho Department of Fish and Game hired trapper as of January 2nd.  It is possible that more have been killed but communication with the trapper is conducted only when the trapper calls out using a satellite phone which is kept turned off most of the time.

From the court filing:

Plaintiffs learned from counsel for defendant Virgil Moore that, as of January 2, 2014, IDFG’s hired hunter-trapper had killed seven wolves within the targeted wolf packs, six by trapping and one by hunting, and that more wolves may have been killed as of today. Defendant Moore’s counsel further advised that IDFG’s only means of communication with the hunter-trapper is a satellite telephone in the hunter-trapper’s possession, and that, to preserve the phone’s batteries, the hunter-trapper turns on the phone only when he places a call.

In response, the plaintiffs have filed a second motion for a Temporary Restraining Order (TRO) with an expedited briefing schedule.

Plaintiffs, represented by Tim Preso of Earthjustice, include Ralph Maughan and three conservation groups—Defenders of Wildlife, Western Watersheds Project, Wilderness Watch, and Center for Biological Diversity.  The case, which was filed yesterday, challenges US Forest Service’s approval of the Idaho Department of Fish and Game’s plan to exterminate two wolf packs in the Frank Church-River of No Return Wilderness on the grounds that it violates several laws, management plans, and policies which are meant to protect wilderness characteristics, wildlife, and natural processes within wilderness. 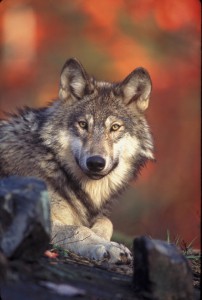