The Problem With National Forest Collaboratives–Why They Don’t Serve The Public Interest. Why the NRDC’s Montana “Wolf Stamp” Must Be Stopped

After Bundy, Ranchers Continue to Bully Federal Government without Consequence

After years of landscape scale drought in Nevada, irrational grazing practices continue. While the Bureau of Land Management is required by federal law to protect wildlife habitat on our public lands, the agency has been woefully lax in addressing the combined impacts of livestock grazing and drought on habitat essential to sage-grouse, antelope, mule deer and countless other species.

This February, one local Nevada office of the Bureau of Land Management finally took a small step to address this issue, and recommended closing an area of priority sage-grouse habitat to grazing in order to protect the remaining habitat. The BLM proposed closing the severely degraded Argenta allotment to grazing for one year to allow the ravaged landscape to begin a healing process.

Then the Cliven Bundy debacle unfolded, and public lands ranchers saw that those who refuse to follow the rule of law face. . . well. . . no consequence. And so the ranchers who graze the Argenta allotment for less than ten percent of fair market value refused to rest the land. Instead, this anti-government faction began a “Grass March” to Reno, supposedly modeled after Gandhi’s 1930 “Salt March” in protest of the British colonial monopoly on salt. However, a protest centered on refusal to rest a resource in the interest of sustainability, when use of that resource is heavily subsidized year after year, seems far from Ghandiesque.

Following the “Grass March” in May, the BLM surrendered to the pressure and drafted a new agreement to allow the ranchers back on the Argenta allotment this year. It allowed cattle to turn out, but required their removal when stream-use standards were met. While spring rains had greened up some invasive weeds on the land, the long-term drought issues impacting wildlife habitat remained unaddressed.

The terms laid out by that new agreement were exceeded last month. Streams and springs were severely damaged by livestock grazing and trampling. But now, the ranchers are failing to live up to the very agreement that their bullying forced BLM to capitulate to in the first place. Consistent with its mandate as managers of federal land, BLM has demanded the removal of cattle from the Argenta allotment, and the subsidized public lands ranchers have refused. Cattle remain loose, wreaking havoc on the landscape. Next, the ranchers plan to take this bullying and intimidation on the road from Nevada to Washington, D.C., with a march across the country branded the “Cowboy Express.”

Like Cliven Bundy and his supporters, these ranchers think they are above the law. They refuse to be held accountable for the condition of public lands after degradation by their livestock. When the “Cowboy Express” arrives in D.C., those who sit in offices in Washington should know that it is not the arrival of heroic stewards of the western land. Instead, it is the descent upon the Capitol of an extremist group of rogue ranchers who refuse to acknowledge the authority of the federal government, while simultaneously demanding that the government continue its hand-outs in perpetuity. 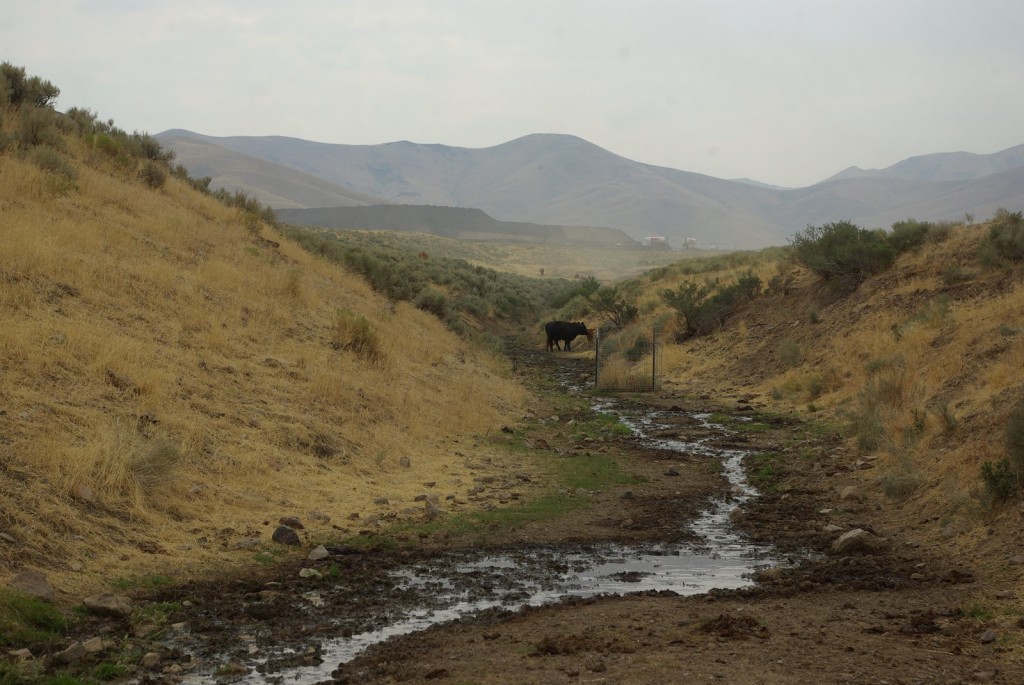 9 Responses to After Bundy, Ranchers Continue to Bully Federal Government without Consequence