Idaho legislature goes all out not to protect water quality

Boise, Idaho. It looks like this year’s Idaho legislature might outdo the previous in attacking water quality protections in the state.

In the Idaho House of Representatives, a bill has passed the Resources and Conservation Committee that would unprotect the federal wild and scenic rivers in the state from suction dredge mining for gold.  The dredge miners are primarily recreational in nature. These rivers, such as the Selway River and the Middle Fork of the Salmon River, are recognized as the highest quality in the state and of national importance. They support a large floating, fishing, guiding, hiking, biking, backpacking, camping (both primitive and often auto/truck too) economy. 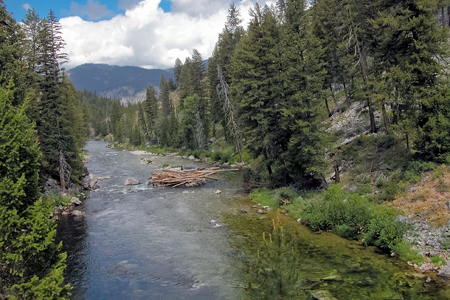 The Idaho Attorney General has told the Legislature that passing the bill would violate the federal Wild and Scenic Rivers Act, the Federal clean water act, and the Endangered Species act.  The bill also violates existing Idaho state law protecting these streams.

Some committee members said the bill was a way of standing up for states’ rights.

In other action in dirty water, the Senate Agricultural Affairs Committee has passed senate bill 1376 which guarantees that Idaho dairies will never lose their operating permits to discharge waters into Idaho creeks and streams even if they dump illegal amounts of waste. The dairy industry in Idaho does about $2.4 billion of business annually, and last year they were behind passage of the Idaho ag-gag law, which is now in federal court as illegal and unconstitutional.