BLM Given Notice about Endangered Species Act Violations in Idaho

Boise, Idaho — Today, Western Watersheds Project (WWP) gave the Bureau of Land Management (BLM) a 60-day Notice of Intent to sue for the agency’s failure to protect a federally protected species from livestock grazing impacts on eight allotments in the Little Lost River watershed of Idaho. The Little Lost River core area of the Columbia River bull trout is extremely imperiled and the population levels have been greatly depressed due to degraded habitat, excessive sedimentation, high water temperatures, and the dewatering of streams. For many years, WWP has documented how grazing in this fragile, arid valley causes serious ecological damage. Despite this, the BLM has failed manage grazing and reduce these threats. “Bull trout aren’t protected by pieces of paper with promises written on them,” said Kristin Ruether, Senior Attorney with Western Watersheds Project. “They are protected when the promises are fulfilled. Today‘s notice letter lets the BLM know that we’re aware of their broken promises and that we’re going to sue them for violating the Endangered Species Act unless they fix the problems in the next 60 days.” 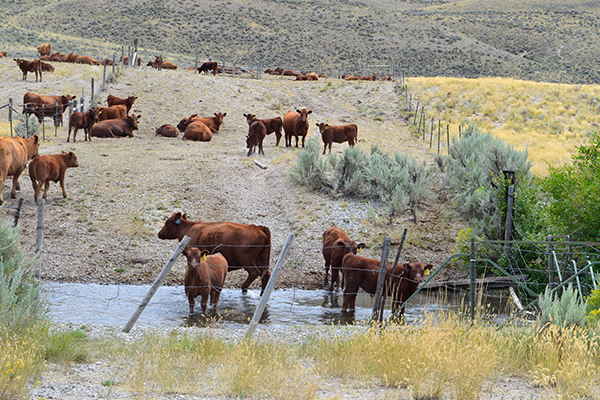 In 1999, the BLM promised to exclude livestock, monitor impacts, and rehabilitate problem areas in the Little Lost watershed in order to ensure that livestock grazing would not harm the species within the Little Lost River and its tributaries. Despite these commitments, evidence obtained by WWP shows that livestock degradation continues in these areas, necessitating a fresh look at how ongoing grazing operations are impacting the fish.“The Little Lost River subpopulation of bull trout is unique and irreplaceable,” said Ruether. “The significance of the BLM’s responsibility to protect this species in accordance with the Endangered Species Act has sadly been overlooked for the last decade and a half. We want BLM to change that for the sake of the bull trout and future generations.
– – – – –

Notice of intent to sue