Periodic “devastation” necesary for forest health Save the Saffel Pack 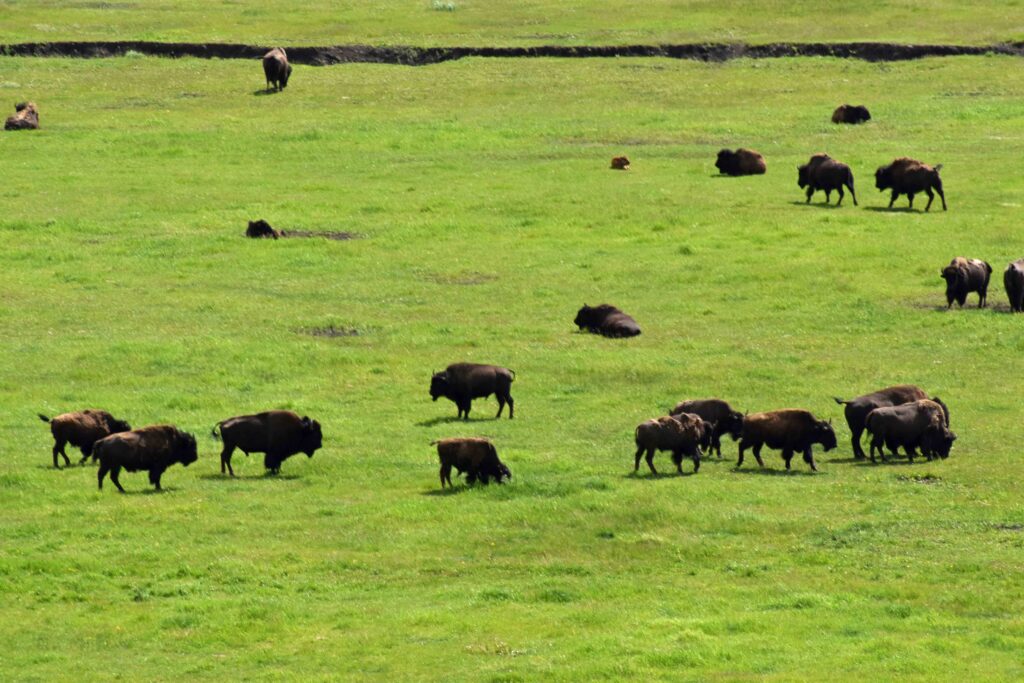 A week ago, I was touring Montana public lands with my 13-year-old daughter. As we approached Yellowstone National Park, I explained how the slaughter of bison was largely to appease the livestock industry, pushed by a handful of ranchers who didn’t want bison migrating out of the Park. Bison, as it turns out, eat the same grass as cattle, and can carry the livestock disease brucellosis. Even though there has never been a documented case of cattle catching brucellosis from bison – not even one – in the Yellowstone ecosystem (all known cases were traced back to elk, according to the National Academy of Sciences), cattle producers fear losing “brucellosis-free” status which would make it harder for them to market their cattle. “It’s always the ranchers,” my daughter exclaimed. 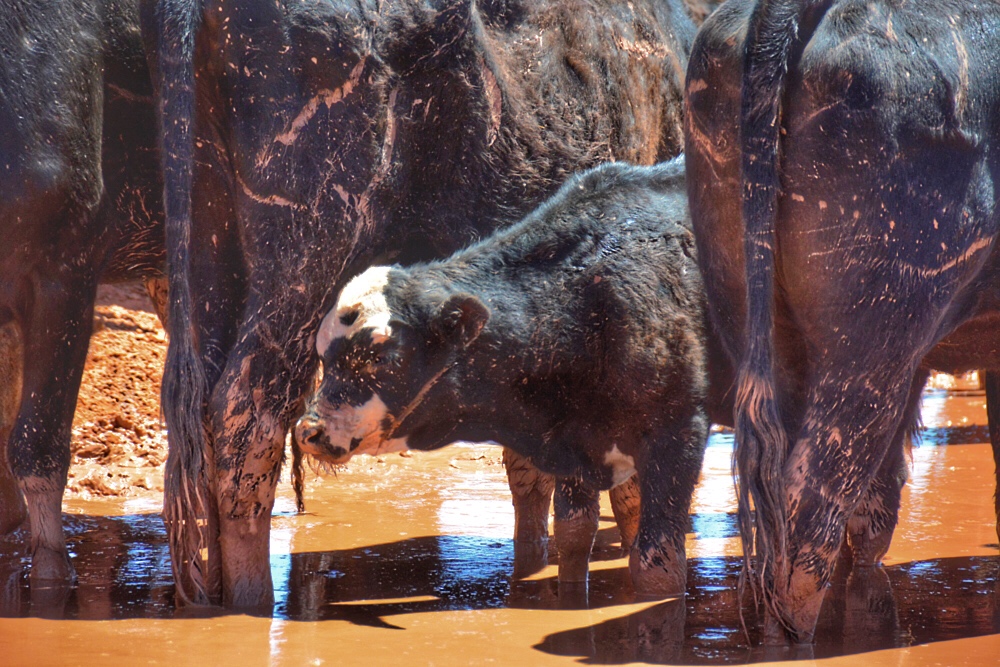 Earlier in the week, we had visited the Thunder Basin National Grassland to see prairie dogs, a rare and sensitive native wildlife species and also the very linchpin of grassland wildlife diversity. Instead, we looked out on empty prairie dog colonies, decimated by lethal poisoning and sylvatic plague. The disease borne by fleas, was kept in check for years by conservation nonprofits who dusted the burrows with a flea-killing powder. But in 2017, the Forest Service started denying dusting permits to the conservationists, and stopped authorizing the non-lethal relocation of prairie dogs away from private land boundaries. Recently, the Forest Service caved even further in to politically-connected ranchers with an anti-prairie dog plan amendment for the national grassland that includes expanded prairie dog poisoning programs and more recreational shooting of the animals. The livestock boosters want prairie dogs killed by plague, poisons, and bullets – so their non-native cattle would have more grass to eat.

These examples are unfortunately representative of the livestock industry’s broader sense of entitlement to public lands. Rancher Cliven Bundy and his followers who have sued (and failed) in an attempt to take away the federal government’s ability to own public land and manage it for public access and public benefit. Agriculture professor Angus McIntosh of the Texas A&M University system has been barnstorming the West, exhorting ranchers to treat public land as their own private property. William Perry Pendley and Karen Budd-Falen, who spent their attorney careers representing the lunatic fringe of the livestock industry, who publicly aligned themselves with the Bundy movement, now work as officials within the Trump administration, dismantling conservation protections on public lands and putting ranchers in charge of “managing” public lands by deleting grazing regulations and limits that prevent overuse and ecological abuse. 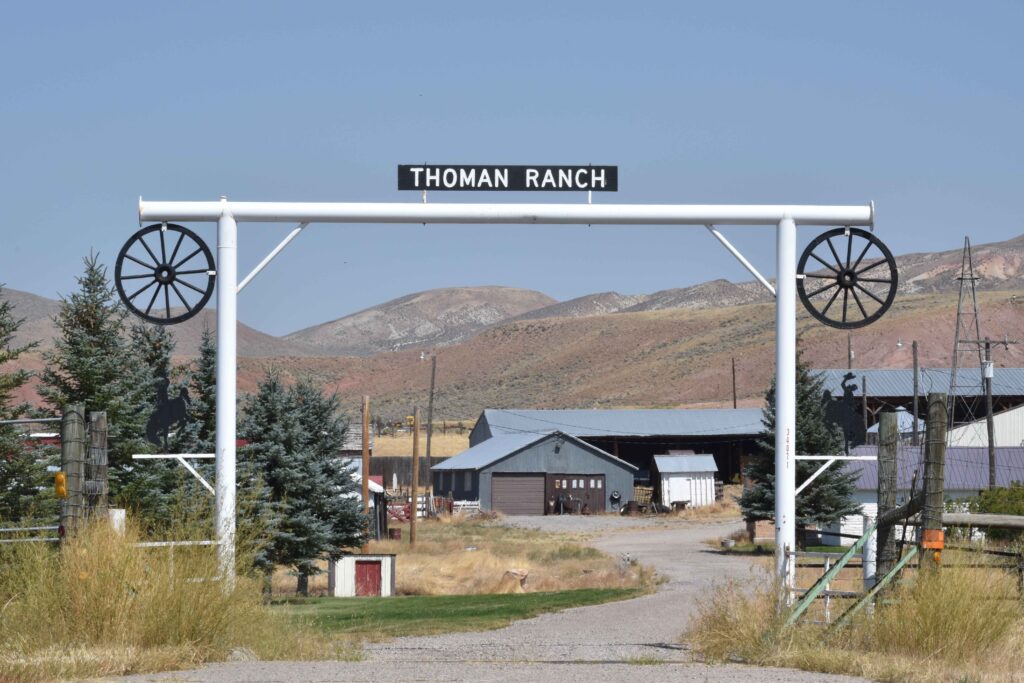 In 2018, Wyoming rancher Mary Thoman wrote a plaintive opinion piece about how keeping grizzly bears on the Endangered Species list was threatening to end her sheep operation. Today, thanks to the courts, grizzlies have been back on the ESA list for two years. Not only has Thoman Ranches not gone out of business, as she supposedly feared, but instead is actively plotting to acquire additional grazing on public lands where the livestock permits – in grizzly country – were already bought out from willing sellers to solve livestock-wildlife conflicts. Thoman, in effect, is trying to snatch away the solution, and reinstate the problem.

It’s examples like these that put the lie to claims about the environmental “sustainability” of ranching. In fact, the livestock industry is responsible for propagating some of the biggest whoppers in the public lands debate: promoting fuelbreaks and juniper clearcuts as fire mitigation (which coincidentally produce more cattle feed in place of native tree species), promoting the false cure of cattle grazing to combat the invasive weed epidemics caused by livestock in the first place, blaming wild horses for rangeland degradation caused by their own cattle and sheep, spreading fake fears that wolves could somehow transmit COVID-19 to people, presenting overheated hyperbole about their losses to predators which are miniscule compared to weather’s role in cutting short cow and sheep journeys to the slaughterhouse. The industry keeps wanting the public to believe they are benevolent actors, when, in fact, livestock grazing has been a key part of the destruction of the West and the colonization of Native lands for over 150 years.

At the root of all of these moral failings and corrupt practices is the custom and culture of the livestock industry. A mix of entitlement and manifest destiny, it prescribes that nature exists to be dominated, subdued, controlled, and ultimately replaced by a dystopian and ecologically dysfunctional agricultural landscape. In this post-agro-geddon world, wildlife and native plants are tolerated only to the extent that they are compatible with maximum profits and minimal inconvenience for the livestock industry. They demand control of America’s public lands – 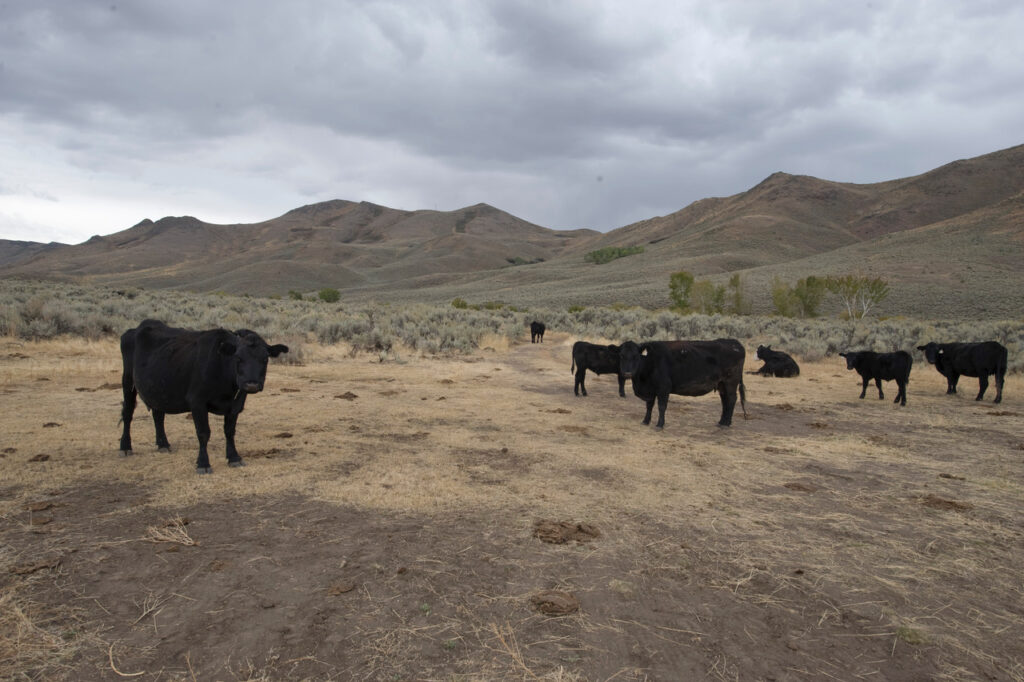 Leading livestock lobby groups – like the National Cattlemen’s Beef Association, the Public Lands Council, and Protect the Harvest – are so incapable of honesty that you can tell when they’re lying because their lips are moving. Yet it isn’t just the lobbyists perpetuating the myths: I’ve never seen a rancher pipe up in protest when outrageous lies are uttered by the lobbyists who represent them. By failing to police their own, every rancher who doesn’t speak up to object therefore owns the falsehoods uttered on their behalf.

Ranchers like to project the fiction that their custom and culture is the way of the West and that they are supported by the vast majority of westerners. This has never been the case. In western Colorado, they claimed that no one wanted to see the Gunnison sage grouse listed under the Endangered Species Act. But 2004 polling in the heart of Gunnison sage grouse country showed that 68% of locals agreed with providing the imperiled bird with ESA protections. After the Gunnison sage-grouse was listed, support for listing in 2016 stood at 66%. The same opposition was invented for the greater sage grouse, and West-wide polling again showed strong public support for invoking the ESA. Today, there is a ballot initiative to reintroduce wolves to the western Colorado mountains, and independent polling showed that 84% of voters support wolves, in urban and rural areas alike. When ranchers tell us that they are the real Westerners, we should ask why they can’t manage to actually live here among the native wildlife that have been here since time immemorial.

The most fundamental, inescapable, and damning reality is that the livestock industry has an extinction agenda when it comes to native fish and wildlife. Trap the wolves. Shoot the grizzly bears. Poison the prairie dogs. Siphon away the trout streams into irrigation ditches. Burn off the sagebrush. Poison inedible native wildflowers. Replace the native grasses with forage species for cows but which wildlife avoid. Put private profits above the public trust, even on public lands.

Erik Molvar is a wildlife biologist and Executive Director with Western Watersheds Project, a nonprofit environmental conservation group dedicated to protecting and restoring watersheds and wildlife throughout the West.

55 Responses to It’s always the ranchers