A White Mountain National Park? Has its time arrived? Wolves in the West are collateral damage of human selfishness 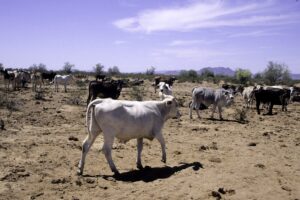 No chance of fires here–remove all vegetation and your problem with wildfire is solved. Photo George Wuerthner

I have previously warned almost all the “evidence” for the value of grazing to reduce wildfires comes from university range departments or government apologists with connections to the livestock industry. And this is the case with the recent action to implement “targeted grazing” on public lands.

As is the case across the West, range department researchers’ primary mission is to find excuses to continue livestock grazing on public lands. Our tax dollars support these efforts on behalf of private businesses. 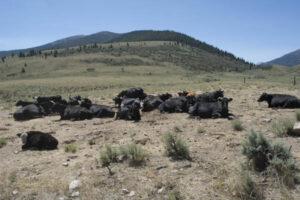 Targeted means that livestock is used for a specific purpose other than consuming forage to fatten ranchers’ profits. Advocates of targeted grazing suggest it can be helpful for weed removal and reducing large wildfires by removing fuel.

Livestock, including cattle, sheep, or goats, are confined to a specific area, so they have no choice but to consume “ targeted “ vegetation heavily.

Some suggest that ranchers should be paid to graze public lands when providing a “service” such as allegedly reducing range advocates wildfires. The BLM has eight “test” experiments on-going on public lands.

The problem with all this happy talk is in the details. 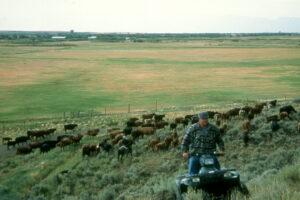 With targeted grazing livestock must be herded in small areas either by range riders or new virtual fencing. Photo George Wuerthner

One of the problems with targeted grazing is controlling the livestock, so they eat only the target area. In the past, this was done mainly by range riders. However it is getting increasingly difficult to find cowboys who actually know how to ride a horse, not to mention the expense of paying riders to monitor livestock is an additional cost.

An invention that is gaining popularity with targeted grazing advocates is “virtual fencing.” Virtual fencing acts like electronic devices that train pet dogs not to leave a yard. Cattle or other animals are fitted with collars. If they stray beyond the target area, they receive an electronic shock.

Such a device and the necessity of collaring livestock means it is only practicable for a few animals. The average ranches is not going to collar 500 steers to graze a targeted area.

The second problem is that the amount of forage provided, even if it is “free,” is typically insufficient to warrant trucking livestock to the target site. 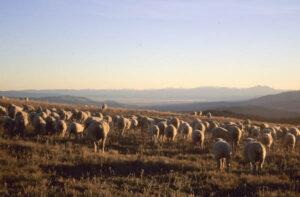 Shipping livestock to graze a small “target area” has significant costs to a rancher. Even if the forage is “free”, the costs of implementing a targeted grazing program includes the transportation of livestock, herders, and small amount of forage that is available. Photo George Wuerthner

I attended a BLM workshop on targeted grazing in southern Idaho a few years ago. Several ranchers were among the people there to listen to the BLM outline its plan to use targeted grazing to create a fire break.

Not one rancher volunteered to bring his animals to the site when asked if they would participate. As one explained, the cost of trucking cattle to get a minimal amount of “free” feed doesn’t pencil out.

A third issue is that targeted grazing only works on tiny areas. Thus it might work if you wanted to reduce the fuel around a structure. But its usefulness across the landscape is questionable.

Even if you could target a small area to reduce fuels for fire, there is a lot of both anecdotal and even research that shows targeted grazing doesn’t work under extreme fire weather conditions. High winds that define “extreme fire weather” blow embers over, around, and past any targeted “fuel break.”

As I’ve noted in many previous discussions of fire issues, the only fires that agencies, politicians, and the public are concerned about are the large blazes driven by extreme fire weather. Though these fires account for less than 1% of all ignitions, they are responsible for most of the acreage burned. 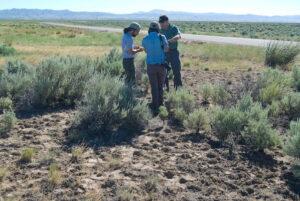 For example, confined grazing animals will trample biological crusts which are critical to rangeland ecosystems and can contribute to the spread of undesirable species like cheatgrass.

In a recent critique of fuel breaks (created by targeted grazing or mechanical treatment such as bulldozing vegetation), Eight BLM scientists declared that the agency’s proposed Tri-State Fuel Break (TSFB) was flawed and will endanger sagebrush ecosystems.

While targeted grazing has minimal application in site-specific situations, its utility on a landscape scale is questionable. The economic and ecological costs of targeted grazing are high, and the benefits to society and wildlife are suspect. The only real target is the public fund for “research” and putting more public money into the pockets of ranchers.