Response to Governor Gianforte On Forest Management and Wildfire 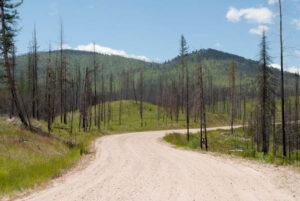 And the Governor noted that there were 267 fires on DNRC lands this past year, and only 525 acres burned, or an average of 2 acres per fire.

“Proactive management protects Montana,” suggests Gianforte, who attributed the small size of these blazes to forest management, a euphemism for logging.

The presumption that fuels are the cause of large fires is widespread and promoted by the timber industry and Forest Service—both of who have a direct financial incentive to enable logging. 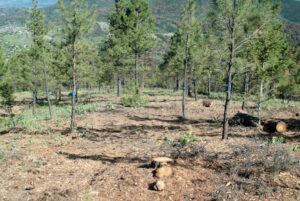 I can’t discount that past forest management may have influenced the Grizzly Gulch and Mt. Helena fires. However, I will note that the more likely explanation is climate/weather.

I will remind the Governor that this spring and early summer was one of the wettest and coolest on record. As a result, the apple trees in my Livingston yard did not produce fruit for the first time in my memory due to the unseasonably cool, wet weather.

Lest the Governor gives too much credit to active forest management for the small footprint of this summer’s Montana fires, he should consider that the Yellowstone River drainage got so much moisture that we experienced some of the most significant floods in decades. 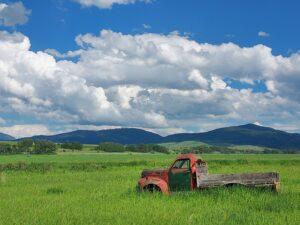 The Gallatin Valley by Bozeman was lush and green well into July due to high moisture and cool temperatures in the previous months. Photo George Wuerthner

Indeed, it was so moist that the Gallatin Valley surrounding Bozeman was green into the end of July.

All this suggests that the primary factor controlling all wildfires is climate/weather. And all this hype about “active forest management” ignores how climate/weather controls fire ignitions and spread.

If you have major drought, high temperatures, low humidity, and, most importantly, high winds, you get fires you can’t control. All large fires start and burn under such conditions. I know of no exceptions. 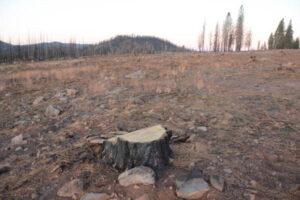 Clearcut burned over by Dixie Fire, the largest blaze in California in 2021. Photo George Wuerthner

There is abundant evidence from numerous fires throughout the West and Montana that “active forest management” can increase fire spread.  The 2021 Dixie Fire, California’s largest blaze in that year burned through extensive logged over forests in northern California. 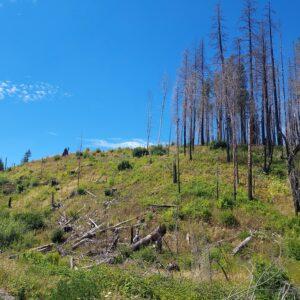 And the 2020 Holiday Farm Fire in Oregon charred heavily logged industrial forest lands on the western slope of the Cascades. 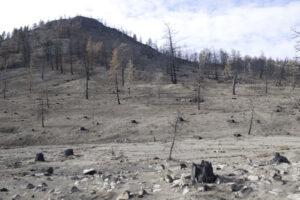 The Scratchgravel Hills were thinned just six months prior to this wind-driven blaze that raced across thes lands near Helena, Montana. Photo George Wuerthner

I don’t expect Gianforte to be an expert on wildfire ecology, but he should take a tour of the Jocko Lakes Fire by Seeley Lake, which burned through clearcuts on Plum Creek lands. Or he could visit the Scratchgravel Hills fire by Helena, which high winds pushed through a fire on lands that had been thinned just months before. The 2000 Bitterroot Complex blazes charred severely logged lands managed (Logged) by Darby Lumber.

Trying to influence wildfires by logging and other management is a fool’s errand. The money Gianforte says will protect homes by logging would be better spent on home hardening and minor fuel reductions in the immediate area around homes.