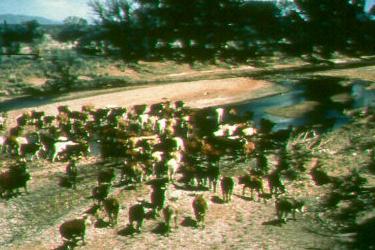 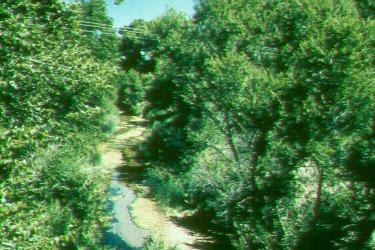 Changes in the riparian vegetation along the San Pedro River before and after livestock removal from the main river corridor.

The Bureau of Land Management released its Environmental Assessment for livestock grazing in the San Pedro National Conservation Area (SPNCA) in Arizona.

The BLM has decided that the rancher’s interests trump the public interest in protecting the National “Conservation” Area.

The San Pedro is one of the few perennial streams in southern Arizona. As a result, the 47-mile-long San Pedro Riparian National Conservation Area (SPNCA) is one of the most intact riparian cottonwood gallery and mesquite bosque forests left in the Southwest. 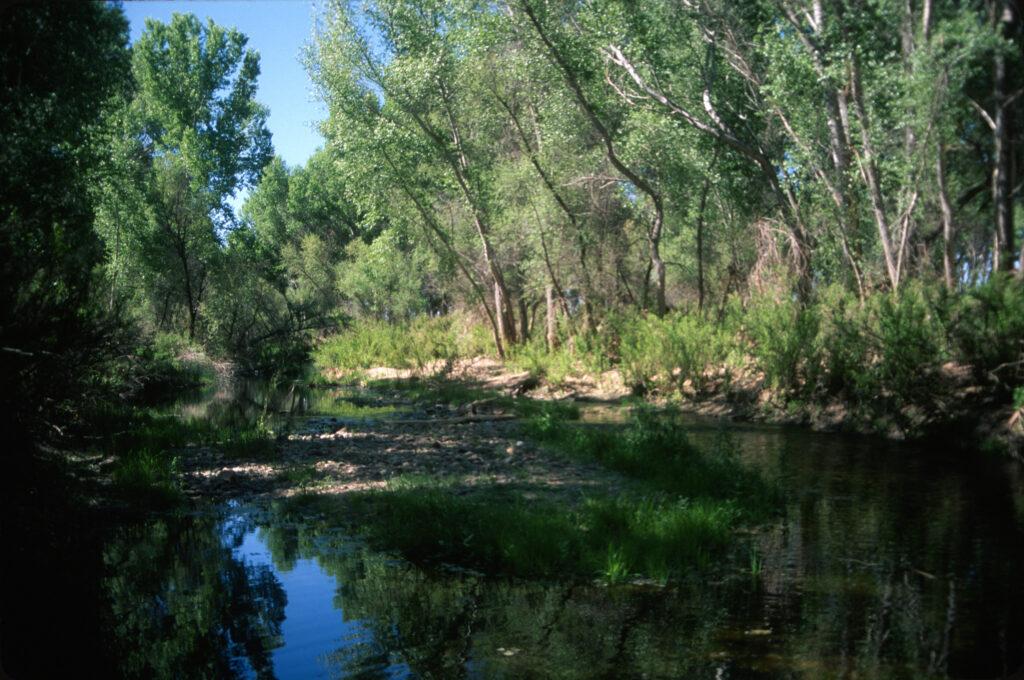 The San Pedro cottonwood gallery forests are among the most intact in southern Arizona and are a mecca for bird watchers. Photo George Wuerthner

The Babocomari and San Pedro Rivers are both eligible and suitable for inclusion in the National Wild and Scenic River System under the recreational classification.

Riparian areas are the thin green line of water-dependent vegetation along western waterways. Though they make up only 1% of most western lands, they typically provide habitat for 70-80% of the wildlife in the West.

It is home to 400 species of birds and 80 mammals—one of the highest mammal diversity in the country. The threatened and endangered species in the SPNCA include willow flycatcher, desert pupfish, Gila topminnow, northern Mexican garter snake, yellow-billed cuckoo, and Arizona eryngo.

Despite this unique and very special values, the BLM sees fit to allow domestic livestock grazing on four allotments within the SPNCA. 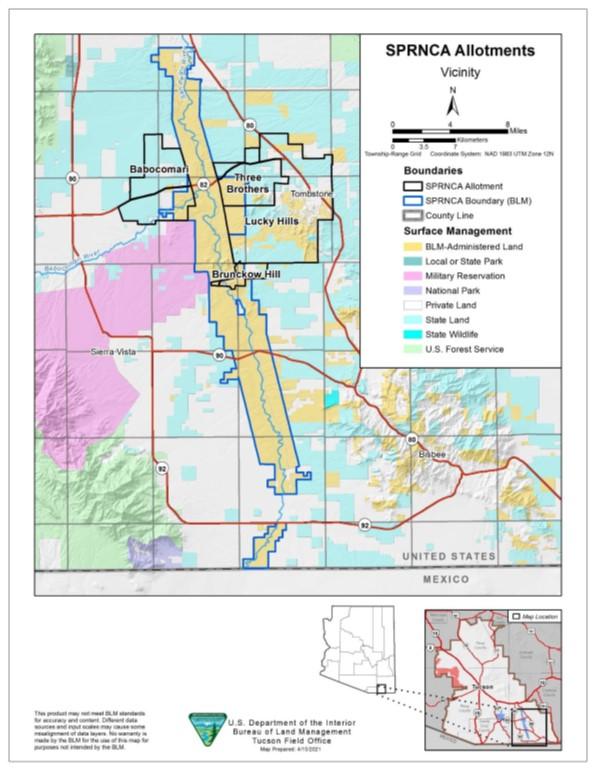 The yellow is BLM land, blue is state land, pick military lands, and white is private.

The SPRNCA Allotments encompass 51,514 acres of BLM, Arizona State Trust (referred to as state land), and private lands. Two of the allotments (Babocomari and Brunckow Hill) include riparian areas of the San Pedro and Babocomari Rivers, which encompass 208 acres of riparian area on BLM-administered land.

All four allotments include BLM-administered lands inside (6,903 acres) and outside (9,019 acres) the SPRNCA boundaries. Currently, 1,540 animal unit months (AUMs) are available for grazing across the existing BLM leases for the four allotments.

As it does almost everywhere, the BLM refuses to put the public interest first and will allow what can only be accurately called vandalism of the public landscape.

BLM TWISTS ITSELF IN KNOTS TO ACCOMMODATE LIVESTOCK GRAZING

The BLM acknowledges in its Environmental Assessment that cattle grazing threatens the integrity of the riparian area. The BLM recognizes that livestock will impact the region by consuming perennial grass and other forage plants, trampling vegetation and soil, reducing vegetative cover in areas where livestock concentrate, and contributing to E. coli levels in the Babocomari and San Pedro Rivers. 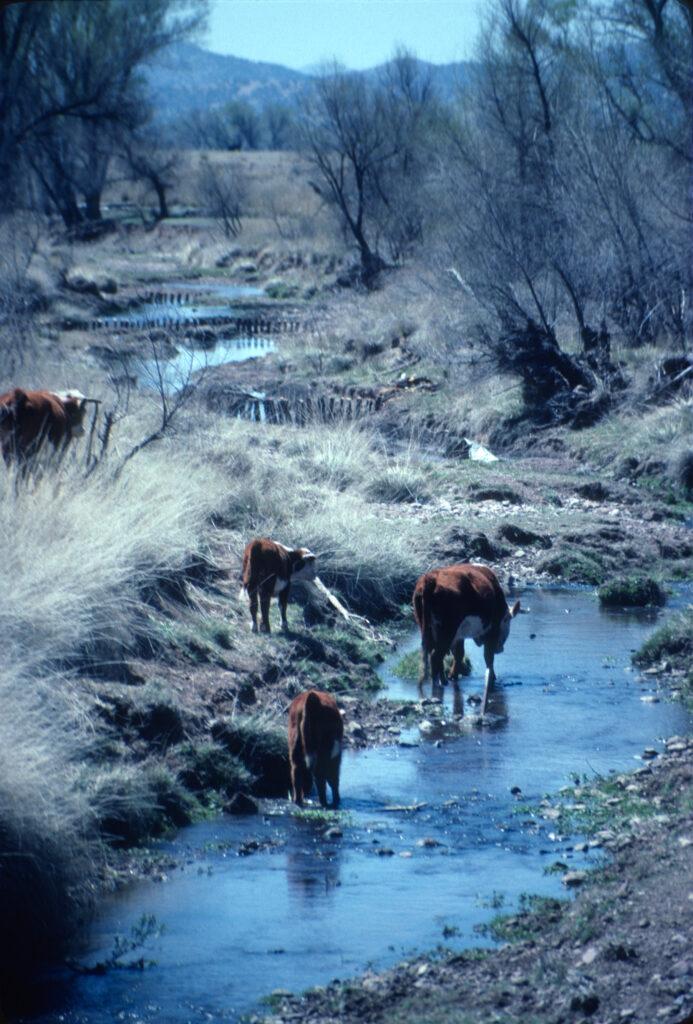 But is any potential damage to riparian habitats acceptable given how rare such habitat is within southern Arizona? Apparently the BLM believes that some damage is OK.

As far as uplands are concerned, the BLM acknowledges that grazing will impact vegetation, consumption of forage and hiding cover for native wildlife as well as potentially creating bare soil, compacting soils, and other impacts. 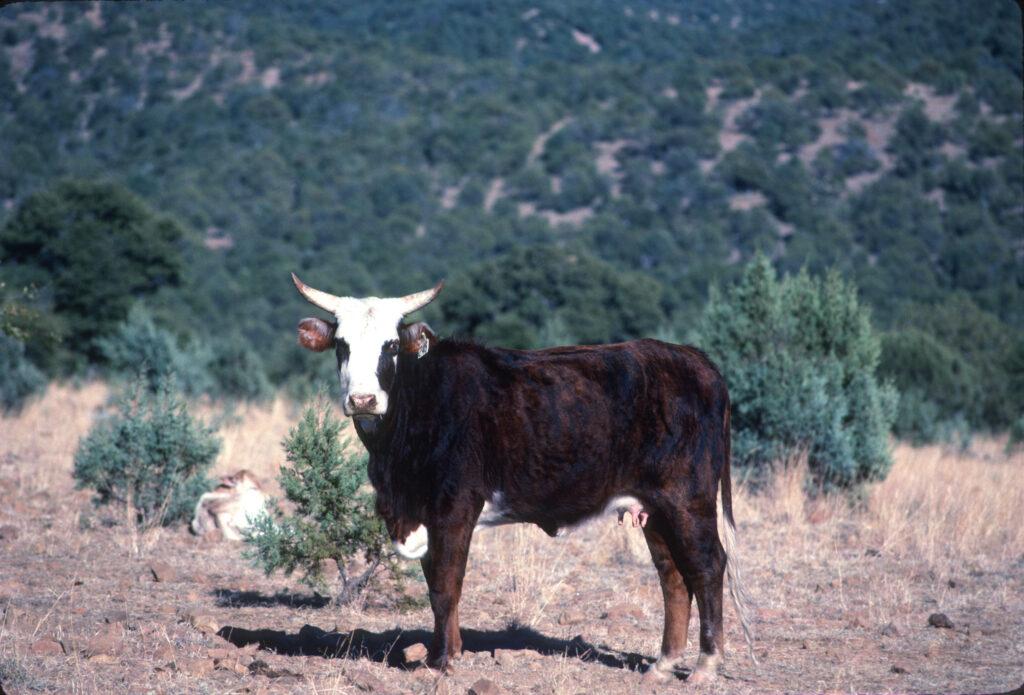 The BLM says that wildlife are “mobile” and thus can move away from upland habitats degraded by livestock. Photo George Wuerthner

However, the dismisses this impact by saying wildlife because “wildlife is mobile” and can accommodate to cattle by using other parts of the allotment.

The BLM argues that the riparian habitat that could be damaged by livesstock grazing is limited by their management plan, thus justifies on-going livestock use.

To reduce (not eliminate these impacts), the BLM calls for adaptive management, a code word for permitting on-going degradation. 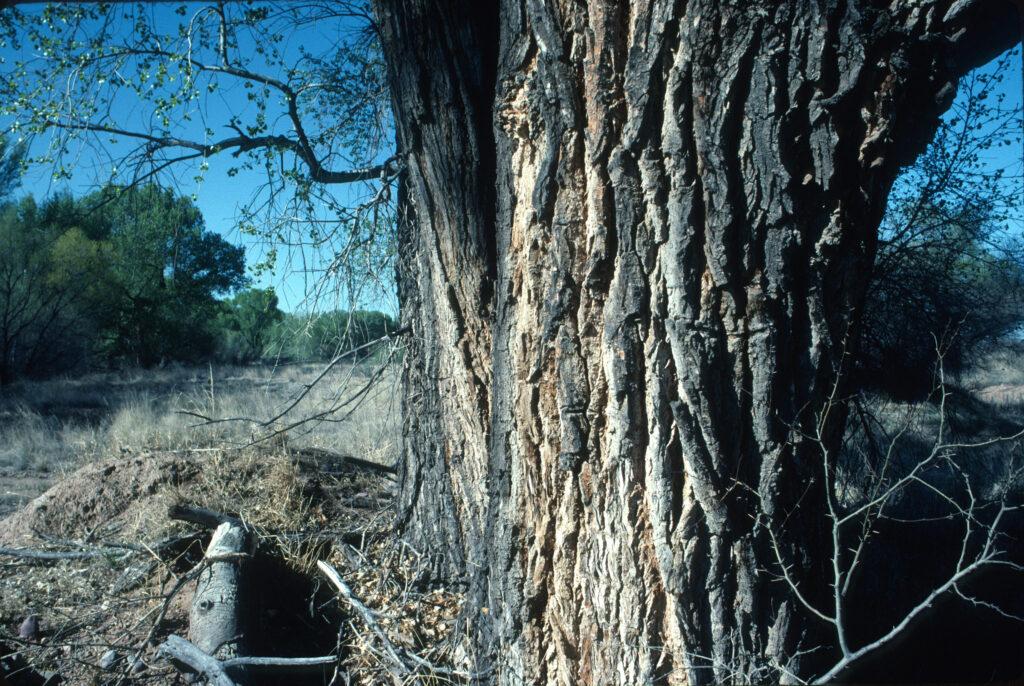 The riparian cottonwood gallery forest of the San Pedro River is one of the primary reasons for its designation as a National Conservation Area. Photo George Wuerthner

The final plan calls for a potential 50% reduction in livestock. But since livestock are drawn to the shade and water of riparian areas, fewer animals can still do a significant amount of damage to these critical wildlife areas.

Also included in the final proposal is a plan to build 15 miles of new fence to “manage” livestock in the Babocomari River area. The fence, of course, will be constructed with taxpayer money to keep private livestock from doing as much damage to our land.

However, “trespass” livestock continue to invade the “closed” areas, and the BLM does little to prevent such illegal use of the area.

The BLM acknowledges that cattle concentrations around water “developments” will do damage to the landscape. But as throughout the document, it minimizes these impacts and suggests that they are acceptable.

Another issue is water pollution. Livestock grazing is allegedly a source of E. coli pollution in the SRNCA.

The Arizona Department of Environmental Quality’s latest assessment report shows that portions of San Pedro are contaminated with E. coli. The water quality report in the study area of the conservation area lists the reach of the San Pedro between Babocomari River and Dragoon Wash, as well as the portion of the river between the U.S-Mexico border and Charleston Road, as impaired due to E. coli exceedance.

The BLM plan calls for monitoring water quality. If cattle are identified as a source of pollution, cattle numbers may be reduced.

Adding insult to injury we taxpayers will be paying for all this management, monitoring, fencing, and water quality testing just to facilatate the use of public resources for private benefit.

The BLM has the gall to say adaptive management will be a “benefit” to the public because they claim it will “reduce” the damage from on-going livestock use.

To the BLM, if they can “reduce” the impacts of cattle, this is good enough to permit the continued vandalism of public resources. It is analogous to punching someone in the face ten times a day and then saying you will “benefit them by reducing it to five times a day.

The issue is that no one should have to tolerate being punched. It should be the same with public lands grazing. If any damage to public resources results from private business interests, livestock grazing should be terminated. 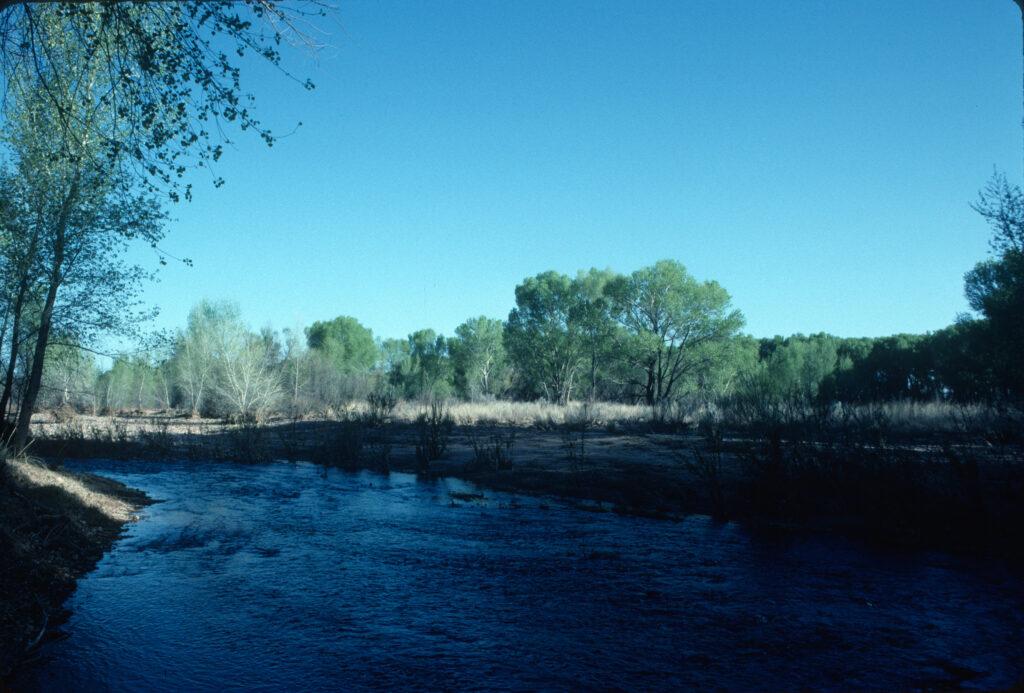 The San Pedro River is eligible for Wild and Scenic River designation. Such designation would add a degree of protection to the river corridor. Photo George Wuerthner

The SPNCA is a unique piece of public property. It has incredible biological values and should be given deference in any management decision. If there is any chance that private use of the area will compromise the unique values of San Pedro, the BLM should eliminate that use.

Once more the BLM has demonstrated that it is incapable of managing public lands for public values. Given the unique and important habitat values of the San Pedro River, a potential solution would be to eliminate all livestock use of the area and transfer management of the river to National Park Service which has a much better track record for preserving wildlife resources.

The Sierra Club, Center for Biological Diversity, and Western Watersheds have challenged the BLM’s decision and management of the SPNCA in the past and hopefully will appeal this decision.