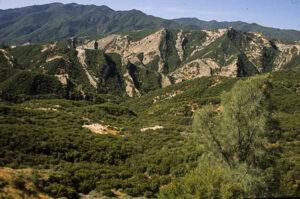 Chaparral is one of California’s most widespread vegetation communities due to the state’s Mediterranean climate of winter precipitation and summer drought. Chaparral is particularly common in the Coast Range, Traverse Ranges, and western slopes of the Sierra Nevada.

However, it is also found in other parts of the Southwest, including Arizona, Nevada, southern Oregon, and southern Utah.

But chaparral suffers from a lack of respect, as the comedian Rodney Dangerfield once said about himself. 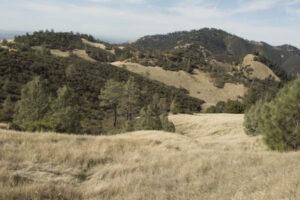 Non-native grasses have replaced chaparral in many areas as a consequence of too frequent fires. Los Padres NF, CA. Photo George Wuerthner

It is a critical habitat for many wildlife and plant species, including Wrentit and numerous other species, and is essential for carbon storage.

You often hear that chaparral “depends” on fire for its survival. And without frequent fire, the stands become decadent and overgrown. Unfortunately, such terms are value judgments that have nothing to do with chaparral ecology. 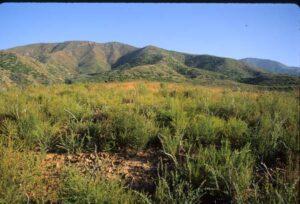 The historic fire interval for chaparral is a minimum of 30 years, and chaparral can persist without significant fire for 150 years or more.

Stands of “old growth” chaparral live for decades to hundreds of years without any disturbance. And there is no evidence that lack of fire in chaparral increases the likelihood of a burn.

Indeed, chaparral ecosystems are increasingly in danger from too much fire. Frequent burning favors the establishment of grasses and other plants. A review of 1.5 million fire records over 20 years found that human-caused fires were responsible for 84% of wildfires and 44% of the total area burned. Human ignitions are the dominant source of blazes in Southern California. We would see far less chaparral if it were not for effective fire suppression. 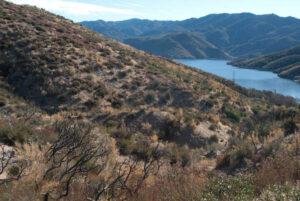 The natural fire interval in chaparral ecosystems is 30 to more than 150 yers. Burnt chaparral above Silverwood, CA. Photo George Wuerthner

Large chaparral fires have been part of the California landscape for thousands of years. The high severity blazes we see are a direct consequence of climate, not “fuel build up.”

In addition, California is experiencing a drought that has had no precedent in 1200 years. High winds and severe drought, combined with low humidity and high temperatures, drive all large wildfires, including those in chaparral.

As Jon Keeley opined in a publication he helped co-authored: The fire regime in this region is dominated by human-caused ignitions, and fire suppression has played a critical role in preventing the ever-increasing anthropogenic ignitions from driving the system wildly outside the historical fire return interval. Because the net result has been relatively little change in overall fire regimes, there has not been fuel accumulation in excess of the historical range of variability. As a result, fuel accumulation or changes in fuel continuity do not explain wildfire patterns.” 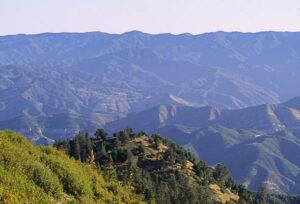 While chaparral has some fire adaptations, the frequency is the issue. Indeed, chaparral species can tolerate burns frequency of 30 years or more. However, more frequent burning results in a type conversion from shrubs to grasses (which ironically are even more flammable).

One of the most common misstatements we see about wildfires today is the idea that Native Americans frequently set fires, reduced fuel loads, and kept the landscape “healthy.” However, the scientific evidence suggests that Indian burning was primarily localized around villages and other high-use areas but did not significantly influence the broader landscape.

Many assume that today’s coastal grasslands represent the initial natural vegetation type. However, in many instances, the original chaparral shrub community has been type converted to non-native grasses due to livestock grazing and frequent fire. 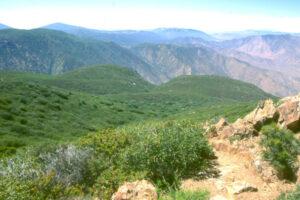 The fact that California always had extensive chaparral areas is evolutionary evidence that Indian burning was primarily localized and did not influence most of the California landscape, as some people, particularly advocates of cultural and prescribed burning, suggest.

As the following quote demonstrates, fire is not necessary to sustain chaparral.

There is no compelling evidence that the use of fire by Indians or any other primitive man had any effect in developing the adaptations to fire exhibited by the vegetation in California… [F]ires due to-natural causes-chiefly lightning-which have occurred since remote geologic time, have been a significant force in determining the characteristics and adaptations of our California chaparral. (Burcham 1974:117-118) 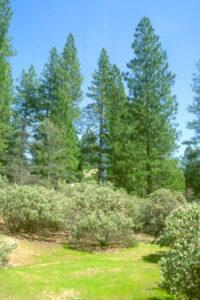 Beyond even the mindless burning of chaparral to “save it” promoted by some ecologically misinformed supporters of prescribed or cultural burning, some fire fighting techniques like bulldozing fire lines along ridges as fire breaks tend to spread invasive weeds, which are far more fire-prone than chaparral, compounding the already high levels of human ignitions.

So, what is the solution?

The first is to stop burning chaparral as a “management tool.”

Third, start thinking ecologically instead of human-centric about chaparral. Chaparral is a beautiful plant community, every bit as valuable as a redwood forest. 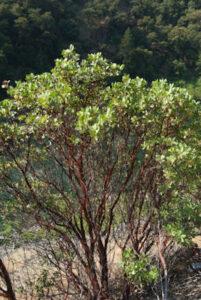 Manzanita, one of many lovely chaparral species growing along the Trinity River in northern California. Photo George Wuerthner

Finally, we must learn to live with chaparral. 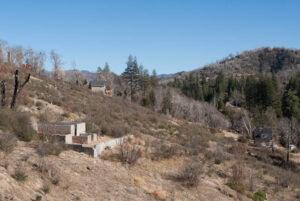 As Odion and Davis wrote: “At the interface between human development and chaparral vegetation, desirable management from biological and slope stability perspectives argues not for relatively short rotation hazard reduction burning, but for improving characteristics of the built environment (defensible space, structures, landscaping, safe evacuation means, etc.), in efforts to reduce the perils of fire posed by living near chaparral.”

One Response to Chaparral and Wildfire