Do you have some interesting wildlife news? July 23, 2013 edition Huge court victory for Wilderness in Montana roadless areas

Stanley, ID.  Forest fire season in Idaho used to be August and September with many years with no forest fires of note. Now the fires begin in mid-July and burn until mid-October. Like last year, fires have already broken out, such as the Road 210 fire near scenic Stanley, Idaho, and a half dozen larger fires are burning in the deep backcountry and Wilderness of central Idaho.  Earlier we wrote an article that outdoor enthusiasts need to consider the month of June much more importantly than in the past because of the trend toward summer long fires. 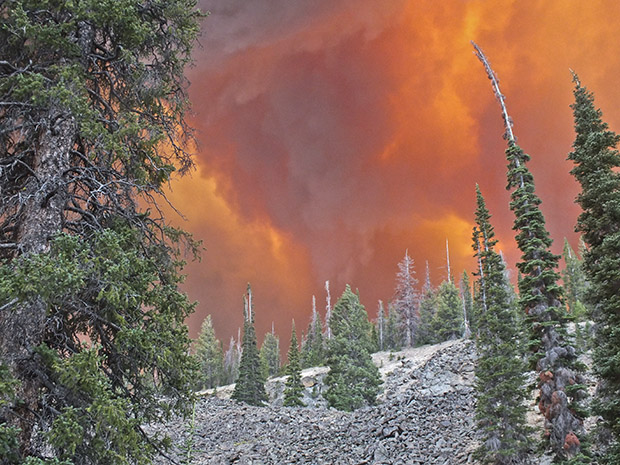 Stanley is a tourist town, and the scenic views of the jagged Sawtooth Mountains an annual draw of Idahoans and national tourists too.  This year the fire season began at Redfish Lake near one of the most photographed sites in Idaho, the Sawtooths from the south shore of Redfish Lake.  Campers were quickly evacuated. The fire almost burned down the Sawtooth Fish Hatchery which is critical to salmon recovery. (See Idaho Statesman article on the fire scattering tourists).  The fire is nearing control, but negative information may be keeping visitors at bay for the time being, although people can check air quality using the Sawtooth webcam. Today, July 25, air quality seems excellent, and it shows only one day in the last ten with real smoke.

Other fires have broken out to the SW at the southern tip of the Sawtooth Wilderness (Leggit Creek fire)  and NE near where the massive Halstead Fire burned last summer from July 27 to mid-October (almost 190,000 acres in its perimeter).

Farther north, in and near, the huge Frank Church Wilderness (the Frank)  burn the big fires. They are Idaho’s presently largest fire, the Papoose (9000 acres) on the upper slopes of the Impassible Canyon of the Middle Fork of the Salmon, the Ridge Fire burns  near Red Mountain, the Thunder City Fire along the west boundary of the Frank, the Gold Pan fire in the Wilderness near the Magruder Corridor road, the Rough Creek Fire in the Salmon River Canyon (just contained), and the Lodgepole Fire just SE of the Frank and a few miles west of the town of Challis. Last summer and early fall, both Challis and Salmon, Idaho suffered intense smoke. Some smoke is now blowing in again, mostly from the Papoose Fire at Salmon and the Lodgepole Fire at Challis.

Almost all of Idaho has dropped into drought conditions, and currently there is little prospect of fire quenching rains.  Dry thunderstoms are predicted for the weekend of the 27th and 28th.