Should federal public lands be prioritized for renewable energy development?

The Wilderness Society just teamed up with Yale University to release a report promoting renewable energy development on public lands, and like the recent Michael Moore documentary Planet of the Humans, it’s stirring up controversy. The report suggests we should ramp up utility-scale renewable production on federal public lands, with a particular focus on Nevada’s desert wildlands, to help stem the damage to our planet’s climate. At Western Watersheds Project, we strongly agree that humanity needs to break its catastrophic addiction to fossil fuels. But even though the federal government holds title to millions of acres of public land, our western wildlands aren’t the best place to start. 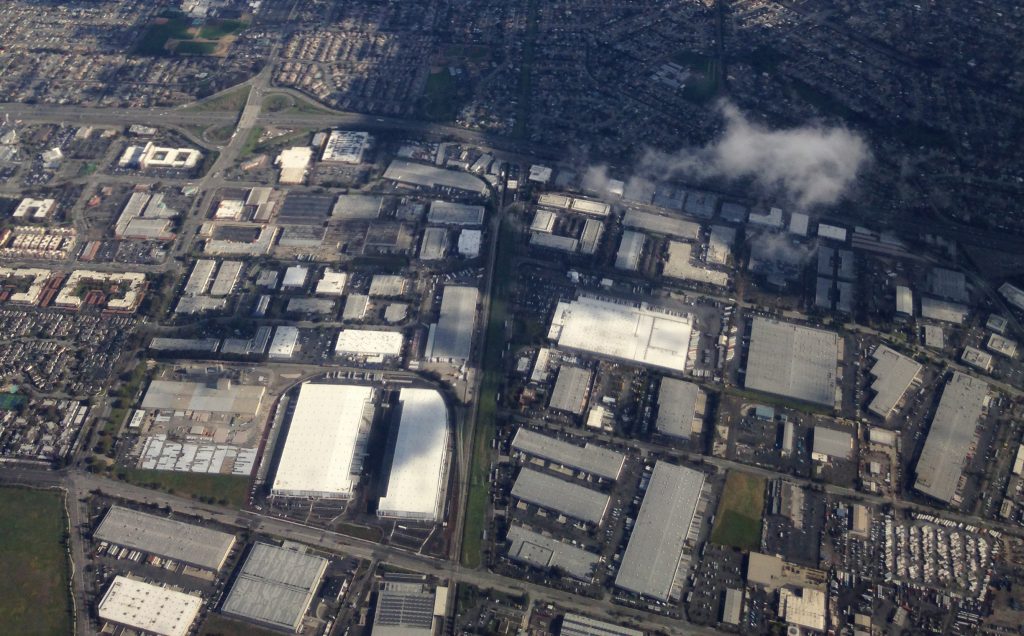 Western Watersheds Project advocates a “Keep it in the Ground” approach to federally-owned fossil fuels (on public lands and offshore), and providing a just transition for fossil fuel workers to well-paid jobs in less destructive sectors of the economy. Yet we all use energy, so it incumbent on us (and other conservation groups) to articulate a vision for America’s energy future that is both practical and sustainable for the environment. So what would a responsible transition to renewable fuel sources really look like?

It should start with distributed renewables – solar panels on rooftops of homes and businesses, modest community arrays in developed areas, building solar awnings to shade our vast, paved acreages of parking lots. These urbanized, developed environments have largely lost their habitat values already, so distributed renewable energy is an ecological “freebie” and also eliminates the need for big transmission lines. There is a simple explanation for why this win-win energy solution isn’t getting more attention and funding from Washington: The utility industry has armies of lobbyists lining up to scoop up federal renewable subsidies, leaving little left over for community-owned renewables. But a grassroots focus to infusing federal COVID-19 stimulus dollars could shift that balance of renewable power, giving local residents – particularly in underserved communities – an opportunity to become self-reliant on energy while putting Americans to work and kick-starting economic recovery.

Then there’s the need to increase efficiency – the “negawatts” that Amory Lovins so perceptively has championed for decades. If renewable energy production continues to be matched by skyrocketing consumption, then increasing renewables isn’t doing anything to solve our climate problems.

Once opportunities for renewables in urban spaces are exhausted, we can then step outward to “brownfields,” siting renewable projects in places like landfills, abandoned mine sites, or croplands already blighted from an ecological perspective. Overwhelmingly, brownfields are on private property, not public lands. Utility-scale renewable generation can be a cash bonus for private property owners. By contrast, industrial-scale renewables on public lands can be a net loss, eliminating wildlands, degrading or destroying wildlife habitats, and diminishing public access and recreation opportunities. 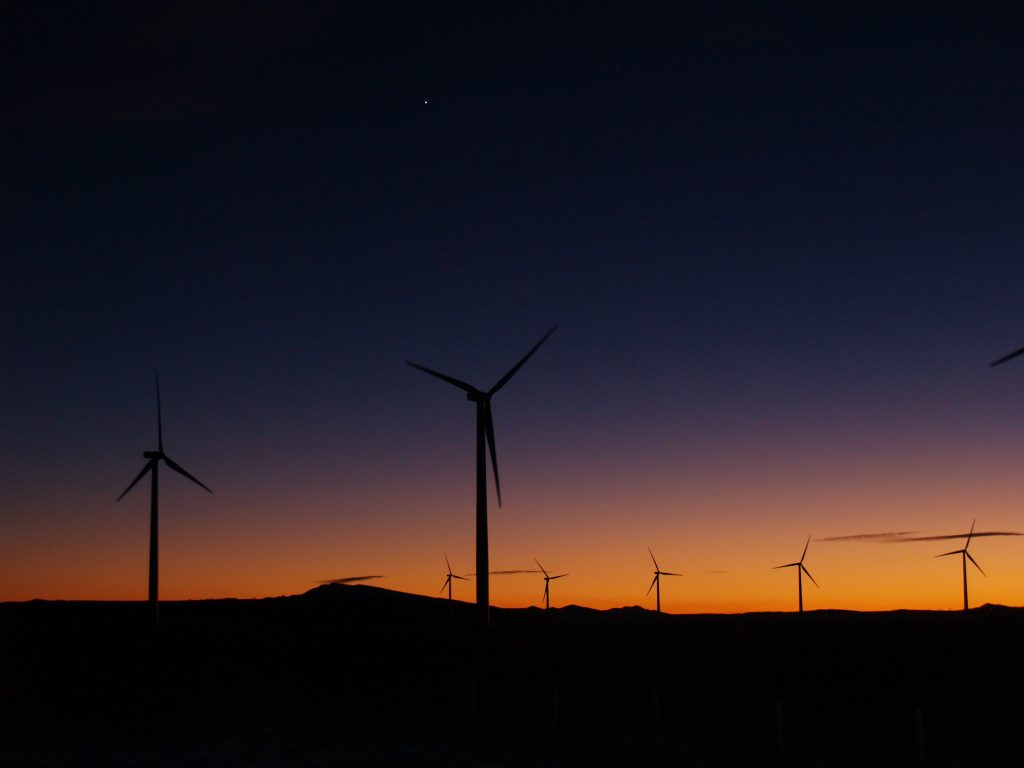 If we can’t generate all the renewable energy we need through distributed renewables, efficiency, and private lands, then and only then should federal public lands come into consideration. Public lands need careful screening, as The Wilderness Society acknowledges, to prevent the sacrifice of sensitive lands and important wildlife habitats. In Wyoming, just such an analysis was completed a decade ago, recommending excluding wind farms from sage grouse habitats and raptor nesting areas, and identifying a “green rectangle” of lands with no environmental conflicts. This analysis was templated in Oregon and Montana, and many Wyoming wind farms subsequently shifted away from environmentally-sensitive public lands. But no such analysis yet exists for Nevada.

The blind spot of the TWS report comes into sharp focus in offering the Dry Lake Solar Energy Zone (SEZ), near Las Vegas, as an exemplar of environmental sustainability. Superficially, it’s plausible: The area is already partly developed, and endorsed for development by several national conservation groups. But taking a closer look, the lands bulldozed for solar farms were also a key habitat connection for endangered desert tortoises, and when Dry Lake’s Playa Solar Project was built, the BLM had to dig up and relocate twice the number of desert tortoises that were predicted to be displaced. Other Solar Energy Zones praised by TWS have important cultural and religious sites for indigenous peoples, and the Pahrump Paiute and Chemehuevi tribes opposed some of these renewable zones outright. 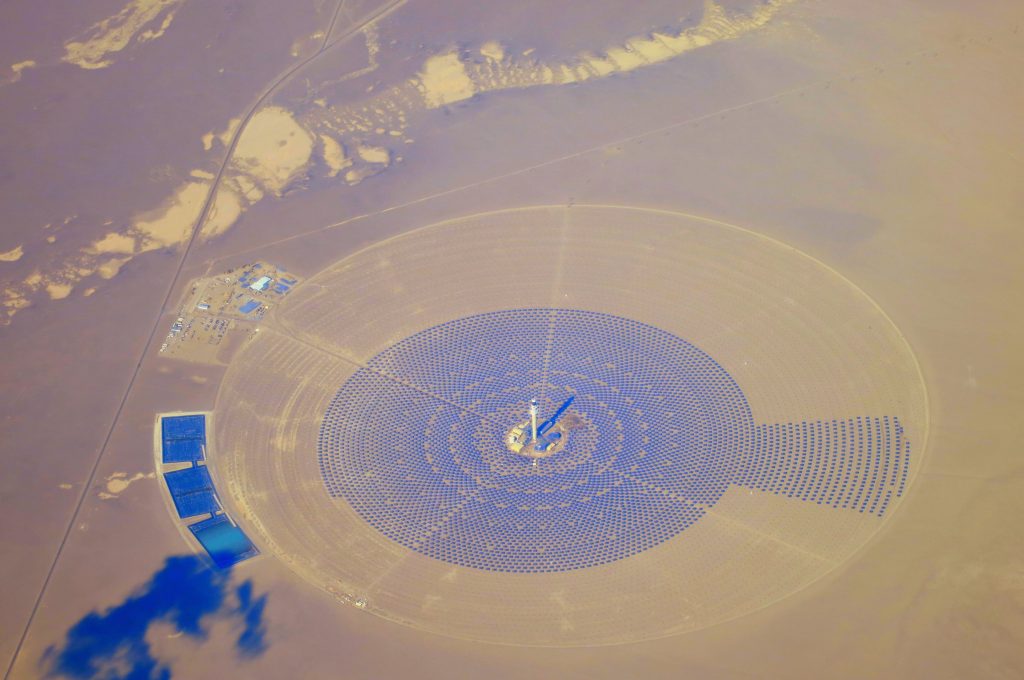 Planet of the Humans got it wrong in asserting that solar panels and other renewable energy generators require far more fossil fuels to build than they will produce over their lifetimes. In reality, it takes a few short years for renewable energy to recoup its fossil-fuel debt, and after that, every electron it produces over its lifespan (which can last 30 years or more) replaces dirty fossil fuels, or splitting atoms and producing radioactive waste. But Michael Moore’s film was right in framing biomass fuels as unsustainable, and the film’s central thesis — putting corporate interests in the driver’s seat of the renewable energy development, with conflict-of-interest hazards for environmental groups pushing this approach — is spot-on. By mixing truth with fiction, the film gives ammunition to fossil fuels apologists to prop up a dirty industry that does far more harm than good, while giving those who would like to uncritically greenwash the renewables industry justification for marginalizing the film as fake news and distracting the public away from its legitimate insights.

The Wilderness Society falls into the same trap by heavily touting the upside of utility-scale renewables on public lands, while downplaying the very real potential for major environmental problems when these projects are sited in ecologically – or culturally – sensitive areas.

It is imperative for conservationists to solve the climate crisis and the biodiversity crisis at the same time. Myopic solutions that sacrifice one aspect of our planet’s biosphere to assist another are unsustainable and irresponsible. Eminent ecologist E.O. Wilson has pointed out that we need to set aside half the Earth for nature to solve the worldwide biodiversity crisis, and Senators have launched a “Thirty by Thirty” campaign to get our nation partway there by 2030. We’ll never get there by pushing industrial projects into our western public lands.

Erik Molvar is a wildlife biologist and serves as Executive Director for Western Watersheds Project, a nonprofit environmental group working to protect and restore wildlife and watersheds on public lands throughout the American West.

7 Responses to Should federal public lands be prioritized for renewable energy development?