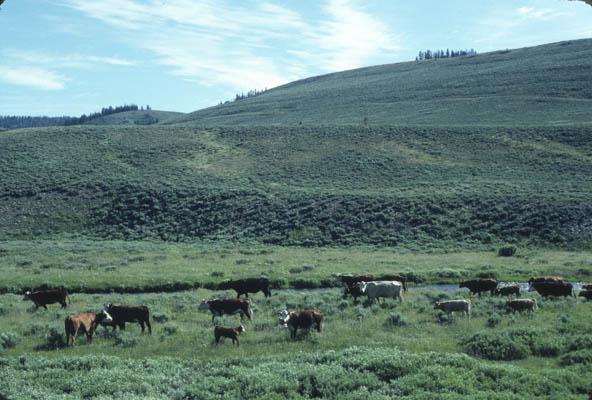 When I was in graduate school, required reading was a slim book titled “How to Lie with Statistics.”

It opened my eyes to the multiple ways you can misuse statistics to “prove” a point. A new report published by Wyoming Extension Service, Economic Impacts of Removing Federal Grazing Used by Cattle Ranches in Wyoming, is an excellent example of the principle of how to lie with statistics.

The first thing I do whenever I read any paper is look at the source. The article is authored by ranching advocates and funded by the National Cattlemen’s Beef Association. That doesn’t mean what is reported is inaccurate, but it does tell me to read the paper a bit more carefully.

The report is full of what How to Lie with Statistics warns readers about misuse of statistics. One is the lack of context. For example, the Wyoming Extension Service paper exclaims that “many ranches in Wyoming depend on federal grazing to support their livestock operations.”

An important question is to what degree do Wyoming ranches depend on federal forage. And how much does federal forage contribute to local employment and income?

What constitutes “many” in this report? The report says there are 1,982 federal grazing permits in Wyoming.

Wyoming, the Cowboy State, ranks 29th in cattle and calves production and just in behind such well-known livestock-producing states as New York (19th), Virginia (20th), Alabama (24th), and Florida (18th), among others.

There are approximately 12,000 ranches in Wyoming, so many ranch operations do not use federal grazing permits. 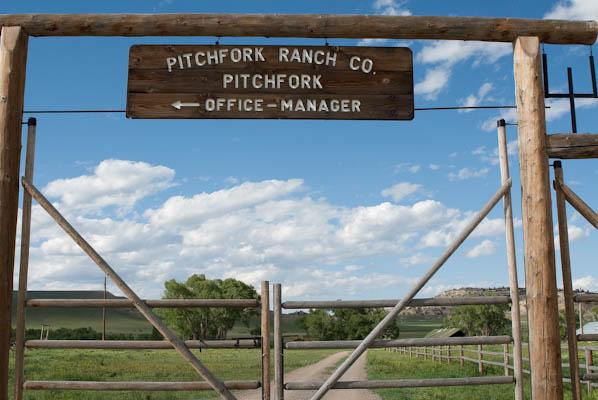 Total ranch employment related to federal forage access is less than 1% of all jobs in Wyoming. Photo George Wuerthner

According to Headwaters Economics, total farm employment (which includes more than just beef cattle operations) is 14,497 people, or 3.8% of Wyoming jobs. However, the Wyoming Extension Service paper estimates that only 3,857 jobs depend on federal forage, or roughly 25 percent of all farm employment. Thus federal forage contributes to less than 1% of all income in Wyoming.

But even this number of jobs is an exaggeration. First, people must be aware that most Ag economic analyses include “Ag-related” employment. For instance, in a study I did on Vermont Dairy Farms, I discovered the state Department of Agriculture considered grocery store clerks, servers in restaurants, and even Green Mountain Coffee employees, as Vermont ag-related jobs. Adding Ag-related jobs to the total employment figures vastly inflated Ag employment. Even if there were no dairy farms, there would still be grocery stores and coffee producers in Vermont. 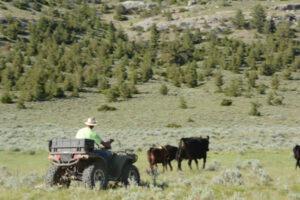 Ag proponents often include “secondary economic interests” in their total employment figures. For instance, because some ranchers ride ATVs, the report assumes that all people employed servicing and selling ATVs in Wyoming are dependent on ranching for their livelihood. Photo George Wuerthner

The Wyoming Extension Service paper includes jobs in what it terms “secondary economic interests,” such as feed stores, veterinarians, bulk fuel dealers, and other associated businesses. These were included in the total Ag employment picture. So the authors conclude that the total economic impact for federal grazing-dependent Wyoming cattle ranches was $532.4 million. The $532.4 million in economic activity supported the employment of nearly 3,900 jobs and $140.7 million in total labor income.

However, this assumes that there would be no veterinarians, fuel dealers, or even feed stores, much less other associated businesses, if there were no grazing on public lands. Since most Wyoming ranch operations do not depend on federal grazing leases, there would still be ranchers and ranch operations. But even if all ranching in Wyoming disappeared, Wyoming residents use veterinarians, fuel dealers, feed stores, etc., because most “ranching associated” businesses have other customers outside the cattle ranching community.

It is important to note that Wyoming farm income is 2.1% of the state’s total. To imply, as the Wyoming Extension Service suggests, that farming (thus ranching) is essential to the state’s economic well-being is, at best, an exaggeration. 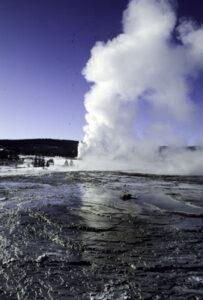 By comparison, Headwaters Economics finds the travel and tourism sectors which are also largely dependent on Wyoming’s extensive federal lands, such as Grand Teton and Yellowstone National Parks, employed 41,066 persons in 2020, accounting for 15.7% of the personal income. Even more telling is that service sector jobs accounted for 73% of all employment. The contribution of Ag-related employment is a minor part of the state’s economic profile.

The Wyoming Extension Service report assumes that economic sectors are static. For example, if livestock grazed on federal lands were terminated, the study’s authors suggest the state would suffer a complete financial loss. But in reality, the rapid growth of the non-farm sector would quickly evaporate all ranching employment losses.

Even in Wyoming, which has an abundance of federal lands, most  Wyoming cows are fed forage from private sources. Part of the reason is that settlers selected the most productive lands. So on a simple per-acre basis, private lands grow more vegetation, have more water, and are generally at lower elevations where the climate is not as extreme. So we must consider how much federal lands contribute to farm sector employment.

Well, it turns out not much.

Another ploy that ranch proponents use is “dependence” on federal forage. But again, this can be deceptive because if a ranch use any federal forage, even grazed by one cow, it is labeled as “dependent” on federal grazing. In reality, most ranching operations in Wyoming, due to cold, snow, extreme climate, and lower productivity that characterizes federal lands, typically get most of their forage on private lands.

In an economic analysis of public lands livestock grazing in my book Welfare Ranching published in 2002, economist Thomas Power found that the percentage of income derived from federal grazing allotments was 0.24% of the state’s total. Power estimated it would only require 54 days of real income growth to replace all federal grazing-derived income in Wyoming.

Today’s exact numbers are likely less than when Power contributed his paper to the book since the number of ranching operations in Wyoming has declined since Welfare Ranching was published. In contrast, jobs in the non-farm sector have increased dramatically.

Another clever deception Ag interests use to exaggerate Ag’s economic contribution is an assumption that federal forage is the only significant variable in Wyoming ranching operations. However, other economic factors typically ignored in the above figures contribute to ranch income, including labor, water, land, and equipment.

This is where it gets interesting.

According to the Wyoming Extension Service report, removing all federal grazing permits in Wyoming would result in a total loss of 1,700 jobs (including those secondary businesses, so not just a loss in ranch operation employment). But a loss of 1700 jobs in an economy that grew by 226,702 jobs between 1970 and 2020 would barely be noticed.

Indeed, Power calculated that removing all livestock grazing for the 11 western states would only pause income growth by eight days of normal economic expansion.

But the authors of the Wyoming Extension Service report assume stable and static employment. In other words, any loss of federal livestock grazing is a net loss to all Wyoming income and jobs.

However, livestock grazing on federal lands has numerous detrimental impacts on the state’s wildlife and fisheries.

It is reasonable to assume that reducing or eliminating all federal grazing would increase other economic opportunities. 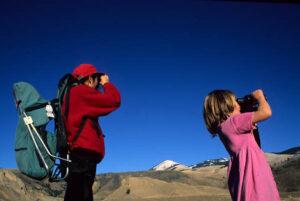 For example, wolf-watching is popular in Yellowstone and Grand Teton National Parks. But wolf killing by Wildlife Services or ranchers significantly reduces the state’s wolf population. If livestock operations were eliminated, we would likely see more jobs related to wildlife guide services.

Similarly, livestock grazing has a massive negative impact on streams and water quality. Therefore, it is reasonable to assume that if livestock operations on public lands were terminated, fish populations would increase, as would sport fishing.

Removal of livesock grazing on fedeal lands would permit “rewilding” of the West that would result in more water storage in upland streams, meadows and wetlands, which in this age of extreme drought would be worth far more than any economic values assocaited with federal ranching. 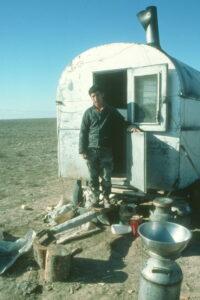 Many ranchers are adjusting to labor shortages and costs by importing foreign workers who often are exploited by long hours, and low wages. Photo George Wuerthner

Finally, ranchers would respond to the loss of federal grazing forage in numerous ways. They would not simply disappear, as assumed by the Wyoming Extension Service Report. Instead, they might cut costs and increase efficiency. They could reduce labor costs by importing more foreign workers, leasing or buying more private land to produce forage, or they may turn to cow-calf operations or other means of achieving wealth.

In the TV series Yellowstone, John Dutton decides a way to improve his bottom line is to breed and sell the best cow horses in the West.

While ranchers often praise the “free market,” they are addicted to federal subsidies for their existence. Grazing on federal lands costs $1.35 an AUM (Animal Unit Month or the amount of forage consumed by a cow and calf in a month), while similar costs on private lands often exceed $20 an AUM. Government welfare doesn’t end with subsidized grazing.

Taxpayers pay for predator and pest “control” by federal Wildlife Services. There is federal drought relief and other payments available. Taxpayers subsidize most western water irrigation projects. Even the electrical rate paid by irrigation to pump water is typically far lower than what someone living on minimum wage in the city would have to pay for the same amount of water.

If federal grazing permits were retired by the Voluntary Grazing Permit proposal, ranchers would have to begin living in the free market that they always praise but never actually experience.