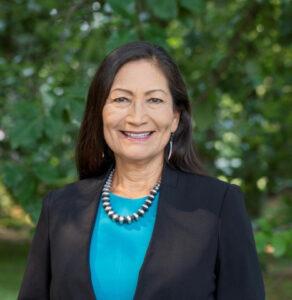 When Deb Haaland was nominated for the position of Secretary of Interior, I received dozens of emails from nearly every large conservation organization to support her nomination. She was appointed without having any particular experience or background in public lands issues and limited executive experience in running major federal land management agencies such as the National Park Service, Fish and Wildlife Service, and Bureau of Land Management.

When I asked some of these organizations why I should support her as Secretary of Interior, I was told that she was a Native American and that was enough qualifications for the job. Presumably, these groups assumed that someone who is part Indian somehow has a genetic predisposition to protect the land and wildlife.

Even worse for the public lands, these same conservation organizations had shown themselves unwilling to publicly criticize environmentally destructive positions or policies by Haaland and the Biden Administration-decisions that they did oppose when the Trump Administration proposed them.

As the top administrator for America’s public lands agencies including the National Parks, National Wildlife Refuges and Bureau of Land Management, she can have a major influence over how these lands are managed now and in the future. But so far she has failed to be a strong advocate for protecting these icons of the American landscape. 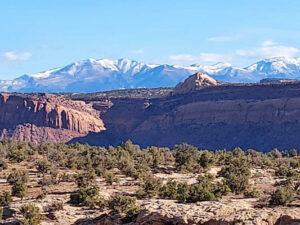 To Haaland and Biden’s credit, they reinstated the boundaries of the Grand Staircase Escalante, Bears Ears, and Northeast Canyons and Seamounts National Monuments, which had been reduced in size by the Trump administration. But Haaland and Biden must do more than merely reverse some of the decisions of the Trump Adiministration.

However, at the halfway point in the Biden Administration’s tour of duty, I think it’s appropriate to evaluate what Haaland has accomplished in her position as the top land manager for the nation. The Administration has promised to protect 30 percent of the American landscape and waters by 2030, but they have accomplished little towards that goal, and have even supported positions that are counter productive.

What exactly has Haaland and Biden Administration accomplished protecting wildlife and wildlands? Let’s look at the list. 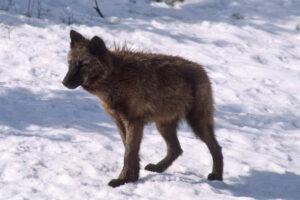 For instance, Haaland has failed to relist wolves under the ESA to protect them from the slaughter imposed by some western states such as Idaho and Montana.

She has sided with the Trump administration for a land trade with native groups that would permit the construction of a road through the designated wilderness of the Izembek National Wildlife Refuge in Alaska. Previous administrations have consistently rejected the road in favor of wildlife protection.

She has supported opening the Naval Petroleum Reserve, the largest undeveloped wildlands in Alaska, a landscape that is functionally a wilderness to oil development. 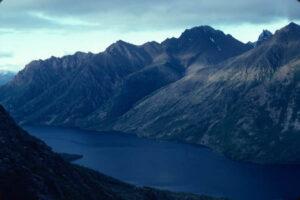 The Ambler Road would cut across a portion of the Gates of the Arctic National Park, Alaska. Photo George Wuerthner

She has remained silent on the proposal to build a 211-mile-long road across the southern Brooks Range and Gates of the Arctic National park to develop a vast mineral deposit owned by Alaskan natives. Is this not a conflict of interest? 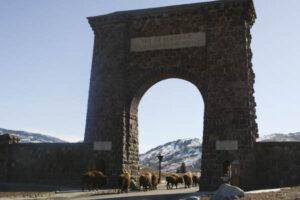 She has failed to halt the slaughter of bison that leave Yellowstone National Park seeking winter range on other public lands outside of the park without voicing opposition to the unnecessary killing. 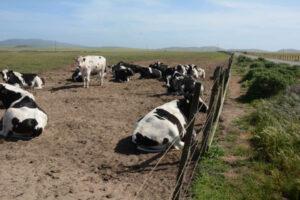 She has failed to condemn the continued degradation of Point Reyes National Seashore by ranching interests.

Haaland has failed to protect old-growth on BLM lands and elsewhere from logging.

Haaland and the Biden administration promote large-scale industrial solar and wind development on federal lands, all at the expense of wildlife and landscape integrity.

Haaland and the Biden Administration support more oil leasing of federal lands outside of Alaska, including in Wyoming.

WHAT COULD SHE DO

Secretary of Interior Haaland and the Biden administration could redeem themselves in the next two years by advocating, supporting, and aggressively pursuing the following.

Given that we are facing a biodiveristy and climate crisis of immense proportions, enacting major shifts in our public lands from exploitation to preservation is essential. By frequently abandoning the public interest in favor of industrial development and Indian-owned commercial interests, Haaland has turned her back on Americans and their public lands.

She has a small window of time to reverse her failure to conserve wildlife and ecosystems on public land, but the road map above lays out the path for redemption. Does she, and the Biden administration, have the fortitude to act on behalf of preservation of one of America’s greatest legacy–its public lands, national parks, wilderness areas and wildlife?

61 Responses to Time to Assess Sec of Interior Deb Haaland